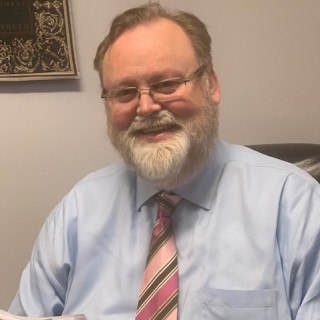 Gregory B. Smith can relate to just about anybody.

Not only has he handled more cases that just about any other attorney is Utah, he has trained over 40 attorneys, including some of the best criminal defense attorneys in Utah.

He graduated from Columbine High School in Colorado as class president way back in 1982, and was selected to first team all state in football. He was then given a football scholarship to play for the Y under LaVell Edwards (while a missionary in Argentina in 1984, his Cougars won the national championship). However, most of his kids have attended the U, so he loves everybody in Utah.

He's practiced law for more than 25 years, and has gotten countless criminal charges for people dismissed, made sure many employees got properly paid, and helped many people get out of debt (he's filed over 1,800 bankruptcies).

When he got out of law school, he worked in a prosecutor's office in South Texas, and prosecuted cases under the "third year practice" rule. He missed Utah, so decided to come back home.

He's put on lectures for other attorneys, and has always been an attorney that his client could rely on and afford. He started one of Utah's first low-cost law firms back in the early 1990s.

He'd love to talk to you about your case.

Senior Partner
Greg Smith and Associates
Current
Experienced and Affordable Gregory B. Smith has gotten amazing results for people for well over twenty years — and he's done so at very reasonable rates; further, instead of needlessly running up legal fees, he goes out of his way to find ways to fairly settle matters. He's been called a master negotiator, and was a top salesman before he was an attorney. Knowing the law is very important, but knowing how to handle people and difficult situations is an entirely different skill set. All too often, attorneys' fees go through the roof because the lawyers on the case simply don't understand how to get matters resolved efficiently and fairly. Mr. Smith not only teaches other attorneys about the law, he teaches them how to treat people and properly negotiate. An attorney that just beats his chest like a gorilla does not impress many judges and jurors. A few months after graduating from BYU's law school, Mr. Smith started a firm called "Affordable Legal Advocates" whose goal it was to give everybody access to the law for very reasonable rates and interest-free payment plans. Even now that he's become a "lawyers' lawyer," he still typically doesn't charge a retainer when he takes on a new client. In other words, he usually trusts them, letting his clients just pay as they go via a reasonable payment plan. Many attorneys demand their money up front, or that you put it in their trust account. He's not only a highly skilled legal bulldog, but a compassionate person, too. In fact, he taught high school Spanish and ethics for more than a decade while practicing law. He's put on seminars for other attorneys, and has personally trained dozens of attorneys right out of law school (and he's trained some old dogs, too). Mr. Smith's highly respected legal insights have landed him on Good Morning America twice, and his editorials on sundry matters have been published in newspapers around the country. Most importantly, he can talk to you today. His initial training was actually in prosecutorial work more than twenty years ago before he was even a licensed attorney (working under the "third-year practice rule" right out of law school). The cases involved traffic violations, assaults, thefts, etc. During that experience, he quickly gained considerable experience in court procedure, working with law enforcement officers, methods of presenting evidence (including direct and cross-examination of witnesses), and above all, comprehensive preparation of cases for trial. Since then, Mr. Smith has been involved in literally thousands of cases. You read that right thousands. Those cases have related to all of the following matters: appeals, bankruptcy, business, corporations, criminal, contract, divorce and family, employment (including wage and hour), professional licensing, etc. Because he has handled thousands of cases, he often spots issues that other attorneys may miss. Very few attorneys can spot issues and cross-platform like he can. And because he has been involved in so many cases, he is very well connected. In other words, all of those contacts can benefit you. It is no wonder "his law firm" has an A+ rating with the Better Business Bureau. Mr. Smith demands that all the lawyers that work at his office return communications promptly, and that they give the very best legal representation possible. Mr. Smith has always been a go-getter. In high school (Columbine in Colorado), he was class president twice and earned a college football scholarship because of his hard work, and ability to set high goals and achieve them - his college team (BYU) even won the National Championship while Mr. Smith was serving as a missionary in Argentina. Football taught him a lot about life, and how to fight and win within the rules. However, due to many shoulder dislocations, he had to undergo surgery twice and abandon his dream to play in the NFL. Instead, he became an attorney. Now instead of sacking quarterbacks, and blocking for runners, he helps people get Justice in Utah! Mr. Smith has helped literally thousands of people cope with the Utah legal system. Call him now at 801-651-1512. He's ready to help you get the BEST RESULT POSSIBLE. His goal: to be the best Utah attorney for YOU, and to have his

Gregory B. Smith talks about protecting your rights as a criminal defendant.