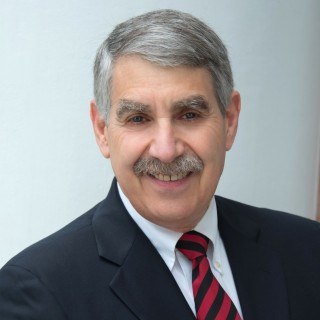 Glenn Jarrett is a founder of Jarrett & Luitjens, PLC, located in South Burlington, Vermont. The firm limits its practice to estate planning, elder law, special needs, guardianship and Medicaid planning, as well as probate and trust administration. Glenn is admitted to practice in Vermont. He is a member of the Chittenden County and Vermont Bar Associations. He p presents continuing education seminars on a variety of subjects for attorneys and financial professionals. Organizations he has presented for include the New England Regional ACTEC meeting, the Alzheimer's Association of Vermont, the Asperger's Association of Northern New England, the State of Vermont Retirement System, the University of Vermont, the University of Vermont Medical Center, the Vermont Bar Association and the Vermont Association for Justice.

Glenn is the Past President of the Vermont chapter of NAELA, the National Academy of Elder Law Attorneys and is a member of VERG, the Vermont Elder Resource Group. He has been appointed by two governors as a member of the Governor's Commission on Alzheimer's Disease and Related Disorders. He was a board member of the Champlain Valley Agency on Aging from 2011-2017..

Glenn graduated from Middlebury College with honors in Political Science and from the Georgetown University Law Center in Washington, D.C., where he was a senior editor of the international law review of the Law Center. After graduation, he served as law clerk to Hon. Albert W. Coffrin, United States District Judge for the District of Vermont. He has practiced in both the public and private sectors, including nine years as a Vermont Assistant Attorney General. He lives in Burlington with his family.

Q. Vermont. Three siblings. One won't attest to a will filed in Windsor county. How to proceed?
November 5, 2021
A: If the will was signed with a self-proving affidavit, no witness is required. If not, one witness needs to testify in court that the decedent signed the will freely and voluntarily, appeared to have capacity to sign the will and no one coerced the decedent to sign the will.

Q. My mother won't give me my inheritance.
June 10, 2020
A: If the estate is in probate court, contact the Court in writing and explain the situation.