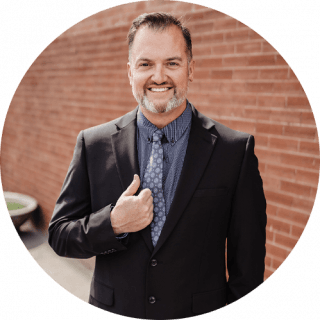 Upon graduating from Gonzaga University School of Law, George had opportunities to move to larger cities to practice. However, his love for Eastern Washington kept him in the area and he accepted a job in Kennewick, Washington. As a young associate lawyer, he quickly found his passion – trial work. He further found that he enjoyed helping those injured by others. He decided he wanted to be a personal injury trial lawyer.

Within a couple years, George experience success as a personal injury lawyer. As an associate level attorney, he collected millions of dollars for injured people. His first "big" case was helping a young woman recover $750,000 for a broken femur in an accident. To this day, he discusses how fulfilling it was to assist a young woman who felt that she had nobody to trust or to turn to.

After becoming a partner in 2001, George continued to help people in personal injury cases. He began to expand his practice beyond car accident cases to medical malpractice cases. With the birth of his kids in 2004 and 2006 George began exploring how he could continue to pursue significant results for his clients while raising children. He decided to create what is now Telaré Law in 2007.

Telaré Law has been a significant and preeminent leader in personal injury cases in Eastern Washington since 2007. Telaré has the fortune of jury verdicts and settlements on behalf of its clients more than $50 million dollars. In addition to practicing in Superior Court, George has practiced in the Washington State Court of Appeals, State Supreme Court, Eastern District of Washington, Ninth Circuit Court of Appeals and has petition for certiorari to the US Supreme Court.