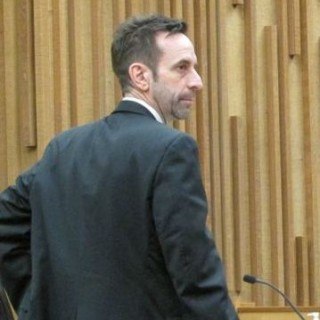 The Animal Law Practice
Review This Lawyer
Compare Save
Client Reviews
G. Charles M. December 4, 2021
Do Your Homework before retaining, we wish we would have done a little more. $115 - $90 - $150 = ? This is the simple math problem that completely destroyed what should have been a very good working relationship with Duckler and his staff. The $115 represents what we had left in trust after hiring Duckler to represent us after three alleged biting incidents involving our two dogs in the fall of 2020. Our dogs were supposed to be held in quarantine at Multnomah County Animal Services (MCAS) from September 22nd to October 1st. When MCAS hadn't returned our dogs to us by October 7th, we called Duckler and retained him the very same day. He quickly wrote a letter to MCAS announcing his representation of us and appealed all six Notices of Infraction (NOIs) we were issued on September 22nd. The dogs were returned to us on October 15, 2020. Nine months later (7/7/21), we still haven't received a hearing notification for the alleged incidents back in September. During those nine months, there were no incidents at all in our MCAS-approved secured backyard. It was only after our landlord removed bamboo from the surrounding inner fence line that the fence posts became unstable and our dogs managed to spill into the neighbor's enclosed backyard. Though not hurt and knowing exactly who owned the dogs, she called MCAS anyway. With $115 left in trust from the first round with MCAS, we called Duckler to re-activate him on our case. It turned out that the six NOIs that were issued to us on September 22, 2020 (the ones we appealed and were never given a hearing date to dispute) were dismissed in favor of a new set of six NOIs that now read, "any further violations will result in the director suspending ownership of this animal". Sound fair to you? Read on, it gets worse. Months passed with nary a peep coming from Duckler's office while our dogs are being treated like convicted criminals in MCAS protective custody before ever having their case heard on appeal. But Duckler was keeping busy having his admins invoice us for charges of $90 in August and $150 for September, but failing to have those invoices sent to us. Then the first week of November, our hearing for the alleged incidents of September, 2020 is set for November 17th. Over 4 months after the fence incident occurred and the dogs were detained. But reading over the hearing notice more carefully revealed that MCAS was combining the September alleged incidents (Level 4 behavior classification) and the fence incident (failure to comply) into one hearing. You don't need a law degree to see that the second citation (failure to comply) presumes the outcome of the first hearing which hasn't been heard yet. If that's not telegraphing a rigged system, I don't know what is. But rather than slamming his fist on the figurative table and standing up for his clients who are clearly the target of a massive injustice if this hearing were to stand, Duckler went radio silent. An invoice was sent to us from his assistant stating we owed him $240. That's all. Nothing about the hearing, the dogs, nothing. We sent his office three separate accountings of where their clerical error was: They took the $25 appeal fee out of trust when we had already paid the fee ourselves (at his insistence, which he clearly forgot). If they simply put the $25 back in trust before subtracting the next two charges from the entire $115, they would clearly see that it isn't $240 we owe him, it's $125. Now we're just 48 hours from our hearing date and Duckler hasn't said word one to us. Just a series of invoices from his admins all quoting the same erroneous number. Then, at around 7:00pm the night before the hearing, he leaves us a message telling us that the hearing was canceled giving us more time to prepare for the new hearing now rescheduled for December 1st. He added that we just needed to take care of that $240 we owed him and he can get to work on this case. And in one final round of evidence vs. ego, Duckler withdrew from our case. These animal attorneys are supposed to care about your animal nearly as much as you do. To empathize with clients in a way that is in many cases much deeper than a typical human-to-human interaction. These animals are members of our families, critical pieces of a family fabric held together by a trust that we will all look out for each other. No matter what. As you surely know by now, the answer to the math problem we started with is $125. So in final perspective, this man has put the lives of our dogs on the line over a $115 mistake that he's too stubborn to admit to. Period. And now we're going against MCAS, the bully of bullies, alone with a less than 7% chance of emerging victorious. So, no. We wouldn't recommend Geordie Duckler for anything, especially representing you & your animals in any legal context. He's evasive, disrespectful, and has shown that he would choose to salvage his own ego over the lives of a client's animal if pressed. Even if it's only over one hundred dollars.
View More
Read All Client Reviews
Badges
Claimed Lawyer Profile
Biography

As a trial attorney for over 30 years, Geordie heads The Animal Law Practice, a nationally unique law firm engaged exclusively in the litigation, defense, and trial of animal-related disputes, crimes, and injuries in state and federal cases all across the country. His diverse clientele includes a variety of pet owners, animal shelters, recreational riders, commercial farmers, ranchers, neighborhood associations, specialty dog and cat breeders, equine stable owners, animal welfare activists, hunters and sportspeople, zoo and aquarium owners, consumers, veterinarian clients, bite and attack victims, and accused persons on neglect and abuse charges in hundreds of unique animal cases each year.
The most well known animal law expert in the nation, Geordie has litigated over 1000 animal cases to a successful conclusion, ranging on issues from code violations to veterinary malpractice to animal injury and death cases to major criminal prosecutions on animal cruelty. He has had cases in 30 of the 50 states, has argued appeals to the Oregon Court of Appeals, the Oregon Supreme Court, and the Eighth and Ninth Circuit Court of Appeals. He has been included in the national Super Lawyers® list in Tort Law and is rated as an AV® Preeminent Lawyer in Martindale-Hubbell, the highest possible peer review rating in civil law.
For three decades Geordie has taught other lawyers animal law for state bar CLE programs, has written numerous law review articles, and has been profiled in regional and national newspapers and magazines, and on television shows, and radio programs about animal law issues and cases, including The National Law Journal, Court TV Radio, Geraldo, Newsweek, The New Yorker, National Public Radio, the BBC, and National Geographic.

Between Price and Pricelessness: Calculating The Specific Monetary Value Of A Dog Intentionally Harmed By Another
University of Pennsylvania Law Journal 3:155
January, 2008

Animal Wrongs: On Holding Animals To (And Excusing Them From) Legal Responsibility For Their Intentional Acts
University of Pennsylvania Law Journal 2:91-121
January, 2007