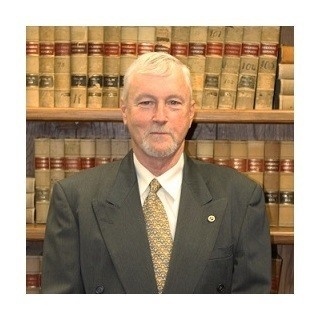 29 Years of Excellence, Call Now to See if I Can Help.
Review This Lawyer
Compare Save
Badges
Claimed Lawyer ProfileSocial Media
Biography

Mr. King graduated from high school in Greenbrier, Arkansas, in 1969, before leaving to join the United States Marine Corps. After his service in the Corps, Mr. King attended Southern Arkansas University, where he earned a Bachelor of Arts Degree-History in 1981. Mr. King then attended law school at the University of Arkansas School of Law in Little Rock, where he developed an interest in Constitutional Law and issues in immigration. He earned his Juris Doctor in 1986. For the first year of Mr. King's practice, he focused on employment law issues for several Central Arkansas companies. Then, in 1987, he opened his own law firm and geared his practice toward special issues in immigration. His focus now is primarily on employment aspects of immigration law. Mr. King has been married to his wife, Sima, since 1981. He has two children, both attorneys, and graduates of the University of Arkansas School of Law in Fayetteville. His oldest child, Natalie, focuses on the family aspect of Immigration Law. His son, James, was a Captain in the United States Marine Corps, and a J.A.G. Officer focusing on criminal defense at Camp LeJuene in North Carolina. James joined the firm in 2015.