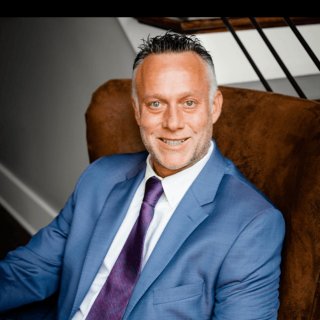 Attorney R.Garth Best is a native of Cleveland, TN where he graduated from Bradley Central High School in 1998. He is an alumni from the prestigious Virginia Military Institute (Class of 2003). Upon graduation from VMI he received a degree in International Studies (B.A.) with a concentration in Middle Eastern Studies, as well as minors in Arabic and Business. During his studies at VMI, Mr. Best had the opportunity to study abroad in both Morocco and Egypt. His studies abroad concentrated on Arabic and Political Science while studying at the American University of Cairo. Upon graduation, Mr. Best came back to TN to work with his father in the jewelry business. After working in sales for about a year, Mr. Best made the decision to attend law school while he still worked full time with his father. During the second year of his studies at the Nashville School of Law, he decided to try an internship at the Public Defenders Office in Hamilton County, TN where he was granted a provisional license to practice law through their services by the Tennessee Supreme Court. After his internship had ended, and throughout the rest of his studies in law school, Mr. Best volunteered over 20 hours a week to indigent defense through the services of the Public Defenders Office. Mr. Best was also elected Vice President of the Honor Council of his law school in 2007 & 2008. By the time Mr. Best had graduated law school he had conducted preliminary hearings on Murder cases, defended violent offenders on probation violations, and had successfully negotiated over 200 cases. After attaining his Doctorate of Jurisprudence from the Nashville School of Law 2008, he decided to go back to the "training grounds" of the public defenders offices where he was employed as an Assistant Public Defender until he went into private practice in 2010. Since Mr. Best has been in practice he has became a well respected member of the Chattanooga Legal Community. He has served as special judge on several o

Garth Best talks about his approach to criminal defense in Chattanooga Tennessee.

Our attorneys joined forces to create a premium criminal defense firm to serve the needs of all of those accused of crimes in Chattanooga, and surrounding counties. We each...