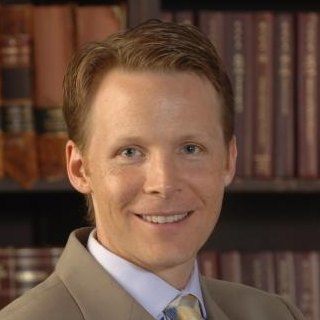 Galvin Kennedy, founding partner at Kennedy Hodges, LLP, was born in the Chicago, Illinois, area. His parents divorced when he was young and he was influenced by watching his mother work to support her four children. When he was ten years old, his mother moved her family to Houston, Texas.

Mr. Kennedy then attended law school at the University of Houston Law Center. During that time, he earned the American Jurisprudence Award for achieving the highest grade in class for Constitutional Law, Civil Trial Advocacy, Insurance Law, and Malpractice Law. In addition, he earned the Individual Best Speaker and Team Champion awards in the Hippard Mock Trial Tournament and Best Speaker award for the Blakely Moot Court Tournament. He was also Editor of the Houston Journal of International Law, and a member of the Order of the Barons and the National Order of the Barristers. He graduated cum laude in 1996 with his J.D.

Upon graduating from law school, Mr. Kennedy worked as an associate attorney for a medium-sized law firm. During that time, he represented people in employment matters, deceptive trade practice cases, securities fraud claims, defective product cases and various personal injury matters. He then started his own law practice, the Kennedy Law Firm, in 2000. One year later, after representing more than 300 clients, he founded Kennedy Hodges, LLP, with his best friend from law school, David Hodges.

Mr. Kennedy has been Board Certified in Personal Injury Trial Law by the Texas Board of Legal Specialization since 2004--a certification achieved by less than 3% of attorneys in Texas. He is also a member of the Million Dollar Advocate Forum, a prestigious group of attorneys who have obtained verdicts or settlements larger than $1 million. In addition, Mr. Kennedy was named a Texas Super Lawyer by Thomson Reuters for 2006, 2007, 2008, 2009, 2010, and 2011 and is "AV" rated by Martindale-Hubbell Peer Review Ratings--an objective peer review designed to rate lawyers on ethics and professional ability. He was also listed in the Best Lawyers of Houston in 2005 and 2006 by H Texas Magazine and has been featured on NBC, CBS, FOX, Univision, Houston Chronicle, Telemundo, and news talk radio shows.

Federal District Court for the Northern District of Illinois

U.S. District Court for the Southern District of Texas

Do I have to pay anything? TruGreen lawsuit

If we make no recovery, you do not owe us anything. This is considered a contingency fee agreement. Under this method, we front all of the case expenses. We will...

If you have additional questions about the Iron Cactus lawsuit and what it takes to participate please feel free to contact us . The lead attorneys handling this case...