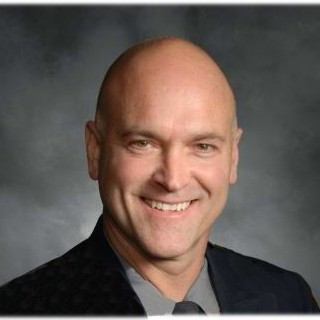 (From an affiliate): "Rob provides legal counsel utilizing a unique skill set. In addition to maintaining a litigation practice since 1991, he has also served in law enforcement since 1997 at a large municipal police department. He has trained new patrol officers as a Field Training Officer and drafted training materials such as, “Officers’ Guide To Search and Seizure Pursuant to the 4th Amendment to the United States Constitution.” Certified by the State as an advanced instructor, he has been a police academy instructor teaching courses on Law, Search and Seizure, and Officer Safety. He served in an administrative capacity in the department’s Planning and Research Unit where he reviewed new legislation impacting the department and assisted in the formation of new city ordinances while interacting with the Municipal Counselor’s Office, City Clerk’s Office, Police Department Finance Office, Municipal Courts Office, Office of Budget and Management, and the Office of the City Manager. In 2005 Rob’s command capabilities were recognized when he was nominated by Governor Brad Henry, and confirmed by the Oklahoma State Senate, to serve as Commissioner for the state’s Oklahoma Alcoholic Beverage Laws Enforcement Commission for a five year term, also serving one year as Commission Chairman. He has been certified federally by FEMA in Advanced ICS for Command & General Staff for Complex Incidents. He has taught law as an adjunct professor in the police science department of a major state university. Through his website www.AttorneyCop.com, Rob has provided legal updates, resources, and legal representation for police officers and citizens. Most importantly, not only has Rob been a police officer and lawyer personally involved in uses of force himself, he has been an operational supervisor directly supervising other police officers involved in uses of force, including officer-involved shootings."

The Medal For Meritorious Service
Oklahoma City Police Department
2004
The Police Medal for Meritorious Service, ranked next in prominence to the Police Medal of Valor, may be awarded to an officer who qualifies in the capacity of meritorious service in a duty of great responsibility; the duty reflecting excellence in such performance; distinguishes themselves and the Department by their performance is awarded upon completion of the duty assignment.