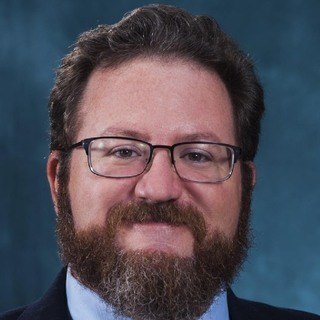 Fred graduated from Alfred University in New York in 1993, with a Bachelor of Arts in Psychology. After college Fred attended California Western School of Law in San Diego where he pursued concentrations in Environmental Law and Telecommunications Law, while working as a law clerk for a mining corporation where he earned his MSHA Underground Hard Rock Miner License. He wrote and spoke on the California Coastal Commission’s involvement in the expansion of the San Diego Convention Center as well as the Multiple Species Conservation Plan. He was active in the San Diego City of the Future project, addressing implementation of the Telecommunications Act of 1996 and participated in the first multipoint video-conference in a law school forum. Fred received his Juris Doctor in 1997 along with the American Jurisprudence Award for Excellence in Entertainment Law.

Following law school, Fred went to work as a Graduate Law Clerk for the San Diego District Attorney’s Office in the Bureau of Child Support Enforcement. There he dealt exclusively with Title IV-D Paternity and Child Support Actions, receiving recognition for his work with URESA/UIFSA actions, as well as his leadership in refining and developing vital record search criteria and methodology.

Returning to his home in the Tampa Bay area in 1998, Fred continued to work with Title IV-D Paternity and Child Support Actions, clerking for the law firm of Mensh and MacIntosh, P.A. After being admitted to the Florida Bar in October of 1998, Fred became an Associate with the firm and acted as a legal service provider for the State of Florida Department of Revenue, prosecuting thousands of cases on behalf of the interests of minor children and custodial parents, with regular appearances in Pinellas, Pasco, Hillsborough, and Highlands Counties.

Admitted to Federal Court in the United States District Court, Middle District of Florida in 1999, Fred wanted to expand his practice and ultimately, in July, 2000, Fred opened the doors to his own firm, the law offices of Frederick L. Pollack, P.A., a full service civil practice representing clients in the Tampa Bay area, in state and federal courts concentrating on Family Law issues with a focus on contested paternity cases, interstate support issues and other issues involving children in divorce.

With more than eleven years of experience as a licensed attorney, Fred continues to grow his practice, earning a multitude of appointments and admissions. Fred was admitted to the United States Court of Appeals for the Eleventh Circuit in February, 2001 and appointed to serve on the Admiralty Law Committee of The Florida Bar for 2001 – 2003. From 2004 – 2007 Fred served as an Animal Control Services Hearing Officer in Polk County, and served on the Florida Bar Animal Law Committee from 2005 - 2006. Since 2007 Fred has served on the Florida Bar Family Law Rules Committee, and from 2007 – 2009 Fred served as a contract Family Law General Magistrate for the Sixth Circuit Court for Pinellas and Pasco Counties.