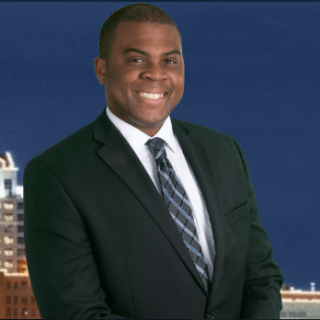 Floyd Oliver is a Virginia Beach criminal defense attorney who will fight to ensure that you, your family and loved ones, receive the best possible outcome when faced with criminal charges. Mr. Oliver from the outset, has dedicated his practice to justice and the defense of others.

After graduating from the George Washington University Law School Mr. Oliver completed his Third-Year Practice with the Leesburg Office of the Public Defender where he handled traffic matters and worked on cases ranging from assault and battery to murder. Subsequently he was hired at the Franklin Public Defender’s Office where he once again handled a range of cases while predominantly serving as the area’s misdemeanor attorney. Mr. Oliver handled serious traffic matters such as DUI’s while also assisting other attorneys in the office, serving as co-counsel on felony matters as serious as rape. Following his time in Franklin, Mr. Oliver worked in the Chesapeake Public Defender’s Office where aside from serving as lead counsel on serious felonies, he argued in front of the Court of Appeals multiple times, resulting in favorable outcomes for his clients.

Following a brief stint at the Portsmouth Commonwealth Attorney’s Office, Mr. Oliver came to Price Benowitz armed with a wealth of knowledge and experience. After representing thousands of clients and authoring several appeals to the Virginia Court of Appeals and the Virginia Supreme Court, Mr. Oliver has amassed the skill necessary to successfully defend his clients throughout the trial process, and if necessary, throughout the appeals process.

Mr. Oliver is licensed to practice in all Virginia Courts including the Eastern District of Virginia. He focuses his practice on all criminal matters including DUI’s, assault and battery, drug crimes, and serious felonies. He serves all areas of Hampton Roads including Virginia Beach, Norfolk, Chesapeake, Newport News, Portsmouth, and Hampton.