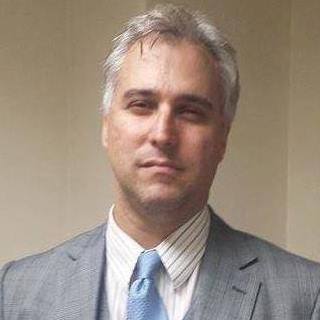 While still in Law School, Mr. Van Boekel clerked for the Honorable Jennifer Granholm in the gubernatorial office. Additionally, Mr. Van Boekel was an extern at the Michigan AGC (Attorney Grievance Commission) the regulatory arm of Attorneys and assisted the prosecution of several cases against unethical lawyers.

Mr. Van Boekel focuses on Immigration and Matrimonial Law and has received awards as a trial lawyer and many other well-known accolades such as being ranked as a Rising Stars by Super Lawyers for the years of 2017, 2018, and 2019.

Mr. Van Boekel is highly esteemed by his peers, colleagues, judges, and clients and he is devoted to his craft with the highest standards of practice, professionalism, and ethics. He is known to be straightforward and objective and against non-sense, guesses, or speculations. His empirical approach has helped many clients since his firm was established in 2012.

10 Things You Should NOT Do During Your Green Card Interview

10 things you should never do during your green card interview.

How to Reduce Child Support in New Jersey

Q. My husband divorced me 14 years ago. I am still living with him because he never paid me my settlement. Can you help me
January 15, 2020
A: You should have filed a motion to enforce your settlement 14 years ago. You never enforced it till now. Many changes have occurred between your divorce and your cohabitation. I think you really should retain a lawyer who focuses on matrimonial law and post-judgment divorce actions.

Q. If you have 35 days to file a written answer or motion, is it 35 calendar days or 35 business days?
December 29, 2019
A: The 35 day period references calendar days. If the end of the calendar period of 35 days ends on a weekend or a holiday you can file on the next business day. Under the rules, Saturdays, Sundays and holidays are excluded.

Q. How long should it take for a lawyer to respond to his clients questions and inquires?
December 29, 2019
A: The lawyer should be responsive to your questions within 24-48 hours after you left a message. If the lawyer is not responsive, perhaps he or she is on vacation and unable to return. However, if after a reasonable time your lawyer never returns your calls he or she may be violating the rules of professional conduct under a 'communication with clients' section.