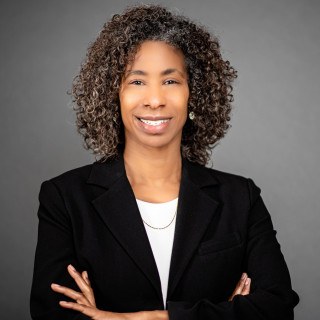 Attorney Felice Harris began her legal career as an appellate attorney with the Office of the Ohio Public Defender and, after mastering the complexities of post-conviction practice, prosecuted misdemeanor offenses with the Columbus City Attorney. Shortly after returning to the OPD, she began supervising the Juvenile Division where she managed on and off-site staff, prepared budgets, drafted grants, spoke at conferences, testified before the Ohio legislature, and collaborated with local and state agencies.

In 2009, Attorney Harris opened her first solo practice, handling delinquency, criminal, A/N/D, and appellate matters. Harris Law Firm, LLC is now a boutique practice focusing on Criminal and Permanent Custody Appeals and Post-trial Motions. We provide extraordinary service for clients seeking individualized case strategies challenging their conviction or loss of permanent custody. With more than 20 years’ appellate experience, Harris Law reviews trial proceedings for substantive constitutional or statutory errors and file Appeals and Motions challenging those errors. If a case is beyond direct review, we confer with clients to review the case history and determine eligibility for Delayed Appeals; Applications for Reopening; Motions for Judicial Release; Post-Conviction Petitions; and Motions to Seal or Expunge the Record. We also file Motions for Judicial Release and help clients prepare for Parole Board Hearings.

The consummate learner, in addition to her J.D., Ms. Harris holds a Master’s degree in Counselor Education and was awarded the CUNY Graduate Center Presidential MAGNET Fellowship (2003 – 2007) as she pursued a Ph.D. in Criminal Justice.

Attorney Harris is licensed to practice law in Ohio, the Federal District Courts for the Northern and Southern Districts of Ohio, the Sixth Circuit Court of Appeals, and the United States Supreme Court.