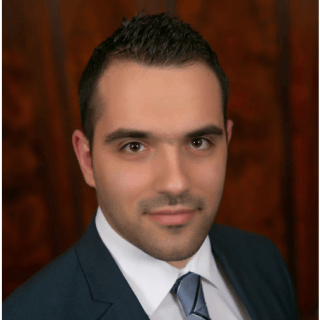 Rob Wiley, P.C.
Review This Lawyer
Compare Save
Call (214) 528-6500 Email Lawyer Email Lawyer View Website
Client Reviews
Reviewed by Candis W. March 4, 2022
A lawyer dedicated to resolving the issue....
After reading stellar reviews, decided to reach out to Rob Wiley law firm and seek advice regarding concerns with my POE. Very glad to have met Fadi Yousef. From initial consultation to our very last conversation, he was assuring, calm and assertive. I was especially impressed with his attention to detail and willingness to communicate every step of the process with me. He was able to resolve my case fairly quickly, resulting in less stress during a difficult time. His professionalism and compassion is the reason I would refer him to any of my friends or colleagues.
View More ›
Reviewed by Douglas R. January 23, 2022
You Want The Best?
I had the pleasure of working with Fadi for my litigation. Fadi was very knowledgable of the process. We had many conversations of what to expect; and how to navigate the complicated seas and support our case with facts. The opposing side would try to distract with items that had no bearing on the case, and Fadi would direct the case back to the facts at hand. Aside from being a great attorney, he was genuinely kind. We build a friendship I hope that lasts for years to come. If I have to go through this type of situation again, I will use Fadi - by name, again. I would recommend him to any my personal and professional friends due to his unique character and knowledge of how the system.
View More ›
Read All Client Reviews
Badges
Claimed Lawyer ProfileLII GoldSocial Media
Biography

Fadi Yousef is a trial attorney in the Dallas office of Rob Wiley, P.C. Mr. Yousef practices employment and labor law. He represents employees with claims related to Title VII and disability discrimination, sexual harassment, family and medical leave, fair and equal pay, retaliation in the workplace, and other employment issues. Mr. Yousef represents his clients in Federal and State courts, as well as administrative agencies like the Texas Workforce Commission (TWC), the Equal Employment Opportunity Commission (EEOC), and the National Labor Relations Board (NLRB).

Mr. Yousef grew up in Damascus, Syria, where he earned his LL.B. law degree from the University of Damascus in 2012. After graduation, Mr. Yousef moved to the United States and worked in business management for a number of years. Shortly thereafter, Mr. Yousef attended Texas Tech University School of Law, where he earned his LL.M. Master’s degree in U.S. Legal Studies in 2016. Mr. Yousef earned the Top-Grade Award in Legal Research and Writing, and Distinction Awards in Constitutional Law and Professional Responsibility.

In addition to English, Mr. Yousef is a fluent speaker, reader, and writer of Arabic language. Mr. Yousef enjoys playing and watching sports in his free time, and was a member of the Texas Tech Law soccer team while in law school.