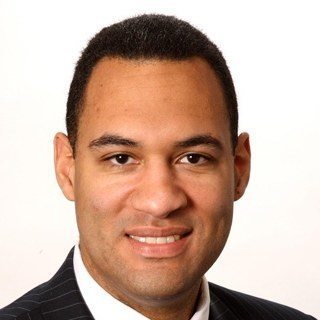 My name is Erwin Roberts. I grew up in Hardin and Meade Counties and was an Army brat as a child.

As I neared High School graduation, I knew I wanted a good education and to continue to play basketball in college so I went to Transylvania University where I graduated in 1994.

Following graduation, I took a position with Bunch & Brock Law Firm, as a runner and law clerk. During that time that I decided to become a lawyer because I found I could help people throughout their legal issues and get the justice they were looking for.

Being in Lexington, I could not only go to a law school that was local, but was also one of the best in the country. So I applied to and was accepted at the University of Kentucky College Law. I graduated from law school in 1997 and right away I took a position with the Fayette County Commonwealths Attorney's Office as a prosecutor.

In 1999, I began working for the United States Attorney's Office for the Western District of Kentucky as an Assistant United States Attorney prosecuting those charged with federal offenses. shortly after that, I joined the United States Army Reserve Judge Advocate General's Corp (JAG) as an attorney. I wanted to develop more experience in a number of different areas and this position allowed me to do just that. I am still in the Army reserve and currently hold the rank of Major.

In 2004, I joined the Kentucky Office of Homeland Security as the Executive Director and soon after that, I was asked to join the Kentucky Environmental & Public Protection Cabinet as the Deputy Director. Also in 2004, I was named the Cabinet Secretary for the Personnel Cabinet for the Commonwealth of Kentucky.

In early 2006, I was recruited to work in private practice and accepted a position at Frost Brown Todd in Louisville and worked there for four years. Until 2010 when I wanted to open my own law firm which I did in July of that year.

With my extensive experience as a prosecutor I help my clients defend themselves against criminal charges'..and I will do the same for you.

If you or a family member has been arrested for DUI or other criminal issues, do not delay call me for a free consultation at 502-371-7000.