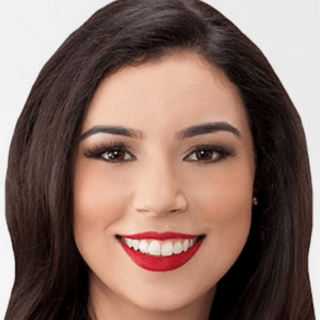 Erica de LaChica started de Lachica Law Firm, PLLC in 2011 because of her passion for advocacy and determination to fight tirelessly for justice. She was inspired at a young age to become a car accident lawyer by her mother’s advocacy on behalf of crime victims. Later in life, her experience working at a Houston personal injury law firm solidified her dedication to practicing personal injury law. Drawing upon these experiences, Ms. de LaChica perfected her performance skills and applied them to the courtroom as a trial lawyer. She takes pride in knowing each client who chooses de Lachica Law Firm will receive the compensation and personalized attention they deserve. Born and raised in Houston, Texas, Ms. de LaChica earned her Bachelor of Arts in Political Science at St. Mary’s University in San Antonio, Texas. Soon after, Ms. de LaChica went on to attend Thomas M. Cooley Law School in Lansing, Michigan. By the time she was ready to graduate with her JD degree in 2011, Ms. de LaChica had earned herself consecutive spots on the Dean’s List and had graduated cum laude. Prior to starting de Lachica Law Firm, Ms. de LaChica gained valuable litigation experience as an associate at The Law Offices of Douglas A. Allison, where she handled a variety of personal injury and car accident cases in state and federal courts. It is here that Ms. de LaChica learned how to become a fierce, aggressive trial lawyer by an attorney who has argued before the U.S. Supreme Court. As principal lawyer at de Lachica Law Firm, Ms. de LaChica’s practice focuses primarily on matters involving catastrophic personal injury, maritime and offshore cases and victims of large commercial vehicle accidents in Houston. In addition to running her law firm, Erica serves as In-House Counsel for Marvel Industrial Coatings, Inc. and Freedom Federal Bonding Agency. She is licensed to practice law in the State of Texas and the United States District and Bankruptcy Courts for the Southern District of Te