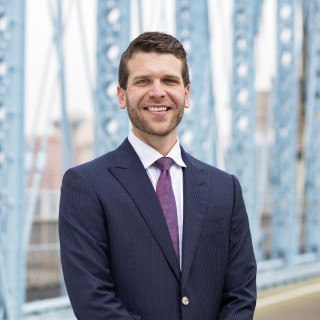 After graduating with honors from Chase College of Law in 2014, Eric began representing victims who suffered catastrophic injury and loss as a result of another’s negligence. Since that time, Eric has focused his practice on representing those hurt from car accidents, commercial trucking accidents, pedestrian accidents, slip and fall incidents, and wrongful death claims.

Prior to starting his own firm, Eric served as the Managing Attorney for five years at a firm in Cincinnati, Ohio.

Personal Injury Law 101, BNI, West Chester
June 12, 2017
BNI
Presented and informed a large audience as to the nuances of personal injury law, with a distinct focus on subrogation claims and liens.