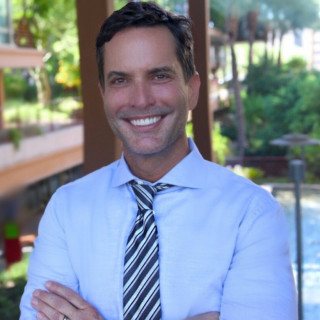 Ed Comitz heads the healthcare and disability insurance practice of Comitz | Stanley, earning a national reputation for successfully litigating wrongfully denied or terminated disability insurance claims on behalf of dentists, physicians, attorneys, corporate executives, and others. He has built one of the largest and most successful practices in the country, tirelessly representing aggrieved policyholders on the most difficult cases. Experience, hard work and a successful track record, including the return of tens of millions of dollars to his clients, have earned Mr. Comitz well-deserved respect within the corporate disability insurance industry.

Mr. Comitz knows that too often, insurance carriers make the disability insurance claim process lengthy, confusing, and altogether overwhelming. Years of legal experience handling the toughest cases has given him a unique perspective on how insurers operate and has bolstered his commitment to shift the balance of power in favor of his clients. Healthcare professionals throughout the country place their confidence in the firm’s trial experience and unprecedented knowledge and proficiency in the professional disability insurance industry.

In addition to his work with members of the healthcare community, Mr. Comitz also has spent years serving as a Judge Pro Tem with the Maricopa County Superior Court and an adjunct law professor at the University of Arizona and Arizona State University law schools. Mr. Comitz has been listed as one of the “Top 100 Attorneys” in Arizona and one of the “Top 500 Business Leaders” in Arizona by Arizona Business Magazine, which also ranked his firm as #1 in Healthcare Law. His firm has also consistently been ranked as a top-5 boutique law firm by Ranking Arizona magazine, earning #1 status in both 2012 and 2013. Mr. Comitz is an Arizona native, born in Tucson and living in Phoenix.

Why is it So Hard to Collect on My Disability Insurance Policy?
Inscriptions
2009

A Stiff Upper Lip Can Lead to Getting Stiffed by Your Insurer: Chronic Pain and Your Ability to Collect Disability Insurance Benefits
Doctor of Dentistry
2008

Disability Insurance: What Every Physician Needs to Know about ERISA
Physician's Money Digest
2008

Disability Insurance Roulette: Can You Collect On Your Policy?
Ophthalmology Management
2006

Disability Insurance and the Doctor: Will You Be Able to Collect?
AzMed
2003