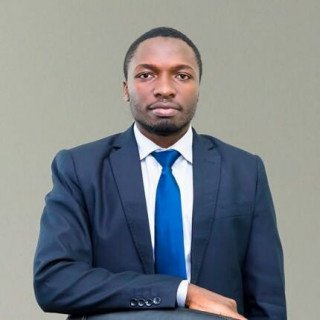 Law is a product of past events or visualized future events.
Review This Lawyer
Compare Save
Badges
Claimed Lawyer ProfileSocial MediaResponsive Law
Biography

- Advising and developing strategies for GoSale LLC (Florida, USA), OFNOG LLC (the UK), PlentixCO PTY (Australia), among others. The companies, separately, are engaging in developing the Blockchain Technology and Cryptocurrency projects with the objective of raising at least $10,000,000 worth of cryptocurrency through Initial Coin Offering/ Token Generation Event.

- Advising a South African based company SA Fibre t/a ZA Fibre on how to go about a breach of contract: Rands 1,500,000.

- Advising and drafting Share Purchase & Intellectual Property Release Agreement between two companies in the United States of America that had engaged in a Joint Venture to develop Mobile Applications.

- Engaged in the drafting of an application in favor of an American based company that had its $6,500,000 held by Chase Bank (In Receivership).

- Advising the CEO of Hydromax Products Limited on a matter before the ADR Forum, a Domain Dispute (Trademark), between the CEO's company, which is in the United States of America, and that of the Complainant, which is registered in the United Kingdom.

- Conducting Due Diligence in favor of a Company, an Asset Manager, in Kenya that intended to acquire property worth Kshs. 1,000,000,000.

- Engaged in researching and drafting: Court of Appeal level, to defend National Water Conservation & Pipeline Corporation against a claim of Kshs. 8,280,000.00 – Employment matter.

Legal Assistant
KN Law LLP
2017 - 2018
I was exposed to top-notch Corporate assignments such as the restructuring of various companies, making applications to the Capital Markets Authority of Kenya for Fund/Asset Manager licenses and listing, performing legal compliance/ due diligence on projects worth at least $10,000,000.00.

Pupil
Sisule Munyi Kilonzo & Associates Advocates
2017 - 2017
Currently, the aforementioned law firm is defunct. I was undertaking my pupillage programme. At the law firm, I was exposed to top-notch litigation matters whereby we were representing top financial institutions and government parastatals.

Short Course on Gender Based Violence
Held at: University of Nairobi
2013

The video's content is about a lawyer, me, who owns a Blockchain Project that entails aspects of law and e-commerce.