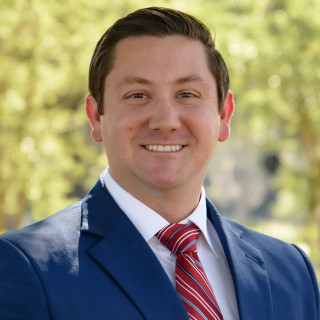 Dominic Piscitello was raised in Palatka, Florida. At Palatka High School, he was awarded the prestigious Frank Hancock Trophy for Outstanding Student-Athlete. After graduating from Palatka High School, he played Division II football at Livingstone College in North Carolina. Dominic attended the Florida Coastal School of Law and was recognized for donating his time as a certified legal intern. At graduation, he was awarded the pro bono certificate for completing more than 125 pro bono hours of legal work.

After graduating from Florida Coastal, Dominic was sworn in as an Assistant State Attorney in the 7th Judicial Circuit. He litigated numerous jury trials and in 2017 was awarded the Trial Top Gun Award for the whole judicial circuit. Dominic has received extensive training in DUIs, Domestic Violence, and has assisted in new officer training in the areas of DUIs and best trial practices.

In 2018, Dominic began working with the Children Legal Services (“CLS”) division within the Department of Children and Families. Dominic’s passion for justice and advocacy for the protection of children was quickly recognized. He was awarded the Excellence in Legal Advocacy Award for all of Northeast Florida and the Outstanding Leadership and Achievement Award. Dominic was the Director of the 4th Circuit Internship Program and was a Supervising Attorney for Duval and Nassau County. Dominic participated in interagency committees and was one of a few attorneys who presented efficient solutions directly to the Secretary for the Office of Child Welfare.

Dominic enjoys spending his free time with his family and giving back to his community either through coaching, volunteering, cooking, or handing out care packages during the holidays.

Florida
The Florida Bar
Since 2015

Senior Attorney
Children Legal Services, 4th Judicial Circuit
2018 - 2019
Recognition: 2020 Outstanding Leadership and Achievement Award and 2018 Excellence in Legal Advocacy Award for all of Northeast Florida. Served on the following Statewide Children Legal Services Committees: Children Legal Services (“CLS”) Inaugural Leadership Academy and Statewide CLS Efficiency Project Team to identify the lack of efficiencies within the Department of Children and Families/Children Legal Services. Served as the Team Leader for efficiency projected and presented to Secretary of Florida’s Office of Child Welfare, Chad Poppell, regarding the inefficiencies within the CLS. Engaged in the Regional and Local Committees: Reunification Committee and Kinship Committee. Current Director of our Fourth Circuit Internship Program. Maintained and managed a caseload of between seventy and ninety (70-90) active cases. Supervised over two hundred and fifty (250) active cases.