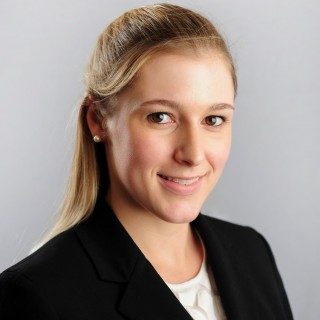 Devin Wrigley represents employees in matters involving discrimination, retaliation, sexual harassment, and other employment-related claims. Ms. Wrigley joined Bernabei & Kabat as a Legal Fellow in September 2016, and became an Associate at the firm in March 2017. Ms. Wrigley graduated with Honors from the George Washington University Law School in 2016, where she served as an Articles Editor on the Federal Communications Law Journal. In her last year of law school, she served as a Student Attorney in GW’s Public Justice Advocacy Clinic, where she represented low-income clients on employment, disability, and civil rights claims in federal and administrative courts.

During law school, Ms. Wrigley worked as a law clerk at Fragomen, Del Rey, Bernsen & Lowey, LLP, as well as at Cleary, Gottlieb, Steen, & Hamilton, LLP. She also interned with the Department of Education, Office of Hearings and Appeals, the Voice on the Net Coalition, the Recording Industry Association of America, and the United States Copyright Office.

Ms. Wrigley is admitted to practice law in the District of Columbia.