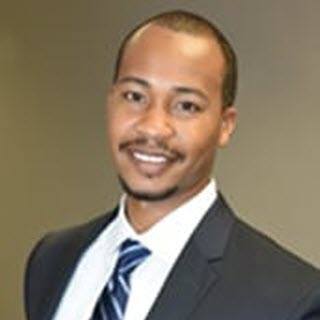 Demetrius J. Price is an attorney in the Atlanta Office of The Siemon Law Firm. Demetrius studied law in California, at Whittier Law School, where he earned his Juris Doctor Degree. During law school, he served as a law clerk in various private Family Law firms, served as a certified law clerk in the Whittier Law School Children’s Rights Clinic, where he exercised courtroom privileges and served as an advocate for the rights of his clients, and also received the Best Advocate award in Criminal Trial Advocacy.

After earning his Juris Doctor Degree in 2013, Demetrius relocated from California to Georgia. He successfully passed the Georgia Bar Exam and has been actively practicing law since becoming a member of the State Bar of Georgia in 2013. Demetrius is a member of the American Bar Association and has been recognized as a Top 40 Under 40 Attorney by both the National Trial Lawyers Association and the National Black Lawyers Association.

Demetrius lives in the Greater Atlanta area with his wife, Dr. LaKimberly Price, and their son, Demetrius, Jr. When he is not advocating on behalf of his clients, Demetrius is an avid foodie who also enjoys working out and attending professional sporting events.