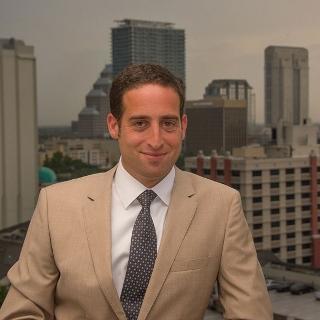 David has been in Orlando since 2012. He was born and raised in New York City, and developed a desire to attend law school after spending two years as a guardian ad litem to foster children in Austin, Texas. In 2009, David moved to Tallahassee, Florida, to attend law school at Florida State University, where he earned his Juris Doctorate degree in 2012. While attending law school, he participated in a Criminal Law Externship in the 2nd Judicial Circuit, reinforcing his decision to enter the field of criminal defense work after graduation. David moved to Orlando in 2012 to begin his legal career in criminal defense at the Office of the Public Defender. David’s tenure at the Public Defender’s Office began in misdemeanor, where he handled several hundred cases, with a portion of his time being spent as the sole attorney in charge of an entire misdemeanor division’s criminal caseload. He was promoted to felony among the first of his peers, where he handled several hundred more cases before leaving that office for private practice. David successfully argued many motions and had a high number of trials in relation to his term at the Public Defender’s Office.