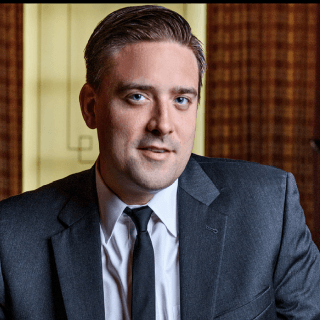 David decided to pursue his passion for law and enrolled at Delaware Law, Widener University . While at Widener David was a member of the Alternative Dispute Resolution Society participating in numerous competitions where he was the winner of the scholastic competition and participant in the East Region Alternative Dispute Resolution competition in New York City. David also participated in Delaware Law’s Intensive Trial Advocacy Program, a program focused on teaching law students the practical side of Trial Advocacy. David had a focus on Trial Advocacy.

David graduated from Delaware Law and passed the PA and NJ bar exams. After passing the bar David joined a small firm focusing on Lemon Law and consumer protection. David then joined a boutique firm in West Chester focusing on Criminal Defense and Family Litigation. David now joins his two partners at LHS Law Firm. He is proud to bring his skill set to his law firm.