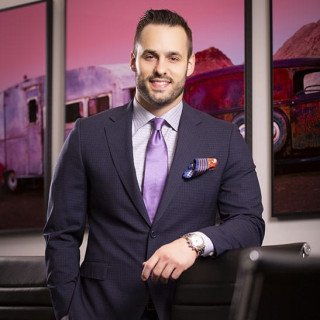 It was an honor and a pleasure working with David. Although we no longer work together, we continue to communicate about the law and life.
Read All Lawyer Reviews
Badges
Claimed Lawyer ProfileSocial Media
Biography

In 2008, David graduated cum laude from Furman University, a premier liberal arts school located in Greenville, South Carolina. At Furman, David received a bachelor’s degree in Spanish and Political Science with a concentration in Latin American Studies. It was at Furman where David developed a passion for his Cuban roots and interest in serving the Hispanic community. While at Furman, he clerked for the Steve Henry Law Office. Specializing in criminal defense, David helped Mr. Henry manage his non-profit corporation “Law in Action,” where David educated indigent Hispanic inmates at the Greenville County Detention Center on their constitutional rights and assisted them in their early release from jail.

David studied law at the Georgia State College of Law and the University of Nevada, Las Vegas, Boyd School of Law, earning his Juris Doctor in 2013. Georgia State is one of the country’s top 60 law schools. During law school, David received CALI awards for the top grade in two classes.

David was admitted to the Nevada State Bar and the United States District Court, District of Nevada, in 2013. He primarily practices in the areas of criminal defense and personal injury litigation. David is fluent in Spanish.

Nevada
State Bar of Nevada
Since 2013

Were you injured while on a bus?
Richard Harris Law Firm

Why Did the Dog Bite?
Richard Harris Law Firm

40 years ago, the Richard Harris Law Firm began with a single client. And one thing has remained constant through the years – our clients come first.