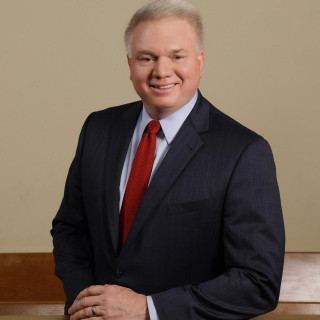 Since June 1997, David has been a trial lawyer in private practice with his office located “on the square” in downtown Waynesville. David primarily concentrates his legal representation in the areas of Probate Law, Wills, Trusts and Estate Planning, Injury Law, Landlord-Tenant Law and Civil Law. He has extensive trial experience in a wide variety of cases including Criminal Law; Injury Law; Adoption Law; Guardianships, Conservatorships and Probate Law; Wills, Trusts and Estate Planning; Landlord-Tenant Law; Contract Law; and Military Law.

From 1990 to 1997, David served on active duty in the Judge Advocate General’s Corps. He tried more than 25 courts-martial as a prosecutor and as a Trial Defense Attorney. In 1997, David transitioned from active-duty service to the Missouri Army National Guard and entered the private law practice. David served in the rank of Colonel as the State Judge Advocate of the Missouri Army National Guard from 2009 until he retired in 2017.

In addition to the private practice of law, David served in the 25th Judicial Circuit of Missouri as the Waynesville Municipal Court Judge from January 2011 to December 2020.

David strongly believes in giving back to community and has contributed countless hours of volunteer service. He is an active member of many professional, military, civic, and charitable organizations. David has served on the board and been the President of the Chamber of Commerce; Rotary Club of Pulaski County; Honorary Chairperson for the Pulaski County Salvation Army; Pulaski County Justice Center Task Force Committee; and the Attorney General’s Military Legal Assistance Team. David has been given numerous awards for his volunteer service which include being named Waynesville-St. Robert Chamber of Commerce Citizen of the Year and Chamber of Commerce Ambassador Emeritus of the Year.

David and his wife, Victoria, are members of Maranatha Baptist Church
and enjoy spending time with their four wonderful children.