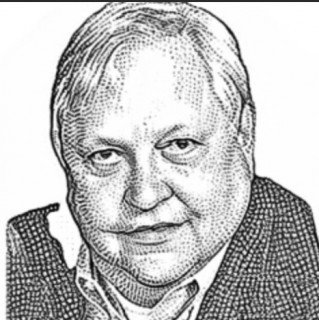 David Luther Woodward was educated in the public schools of Alabama, Georgia and Florida, earned his undergraduate and professional law degrees at The Florida State University at Tallahassee, and did post-professional studies at the London School of Economics. A lawyer admitted to practice in Florida, Oklahoma and Texas, he has practiced in each of those states.

A mature practitioner, the biographee, upon his admission to the practice of law, worked for not only the federal government, but also for the governments of two states, where he served not only in professional, but also management capacities. His further experience includes large and small firm practice, criminal and civil, international and domestic, office and courtroom.

An accomplished journalist, he worked his way through undergraduate and law school as a writer, photographer, and editor for the Tallahassee Democrat, and subsequent to earning his bachelor of arts he worked as an industrial engineer providing data for business decisions for a primary defense contractor in the airframe industry.

Reciprocal recognition and enforcement of civil judgments in the United States, the United Kingdom and the European Economic Community
University of North Carolina College of Law's Journal of International Law & Commercial Regulation
1983

With Butler: The American contingency fee--fact and fiction
The Law Society [of England and Wales] Gazette
1983

A day in Crown Court
The Florida Bar Journal
1973

Q. How do you make a document a court of record?
November 14, 2022
A: What kind of document? Where is it from? What language is it in? You can usually record a document that qualifies for recordation with the county clerk, in your instance the county clerk for Oklahoma County, which is downtown. The clerks are prevented by law from giving you any legal advice and will probably take the document and record it. There is a Per-page fee You need a local OKC lawyer to help you through this

Q. Someone named " Chuang Ruang " with a woman on their profile texted my mom Bout giving her some money. Is this a scam?
October 24, 2022
A: I would be suspicious if only because of the unusual name. As they say, if it's too good to be true, it probably is! There are safer and more sure ways to make money. d

Q. Do "imported" music/synthesizer software have to meet US regulation on sampling and copyright? Or only in that country?
October 24, 2022
A: I don't really understand your question, but intellectual property protections like trademarks, copyrights and patents protect the owner's rights, not yours nor that of the U. S. Government--while there are criminal infractions of various relevant statutes. If you have permission from the copyright owner, which is usually and incident of buying or renting the software, I don't see that an issue arises. Good Luck d