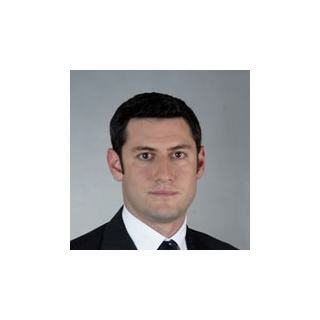 David L. Scher attended Tufts University and Fordham University School of Law. He joined Block O'Toole & Murphy, LLP in 2003, and was made a Partner at the firm in 2012.

Since joining the firm, Mr. Scher has focused his practice primarily on representing construction accident victims, as well as those seriously injured in motor vehicle collisions and other accidents. In his tenure with the firm, Mr. Scher has resolved dozens of multi-million dollar cases on behalf of personal injury plaintiffs. Mr. Scher also tries cases for the firm; his most recent jury verdict in March 2012 was a $2,056,656 award for a 51 year old pedestrian struck by a New York City Transit Authority Bus. Mr. Scher was named to The National Trial Lawyers "Top 40 Under 40" list in 2012, which is extended to a limited number of lawyers under the age of 40 who demonstrate superior leadership skills, and who exert passion and personal conviction as a young trial attorney. Mr. Scher is noted for his knowledge of the New York State Labor Law, and he authors articles on construction accident law topics that regularly appear in respected legal publications such as the New York Law Journal and Bill of Particulars magazine. Mr. Scher is known for his legal writing skills, and participates heavily in the firm's complex motion and appellate practice. Mr. Scher wrote an amicus curiae brief to the New York State Court of Appeals on behalf of 5,000 trial lawyers in an important case, Ortiz v. Varsity Holdings, LLC, which involved how the law applies to construction workers laboring at dangerous heights. The Court's December 2011 decision adopted the brief's position, and expanded the protections afforded to such workers. Mr. Scher is also a key member of the New York State Trial Lawyers' Association Labor Law Committee, which seeks to maintain and expand the laws that require safe work sites and protect the workers of New York.

Mr. Scher is a proud Committee Member for an annual fundraising event in Manhattan that supports the St. Jude Children's Research Hospital.

A Look Back At Runner v. New York Stock Exchange: What Did It Mean For Labor Law Section 240?, Bill of Particulars (Fall 2010).