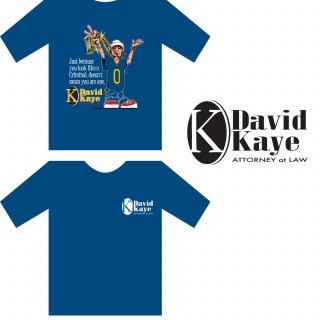 David Kaye is a graduate of the University of California,
San Diego, with a Bachelors of Arts degree in Economics.
He obtained his law degree from Western State University
in December of 1993, and was admitted to the California
State Bar in 1994. He subsequently sought admission and
was accepted into the United States District Court, Southern
District. Mr. Kaye worked as a Law Clerk for a Superior
Court Judge in Orange County, and worked as a Law Clerk
for the Office of the United States Attorney in San Diego.
He then served as a Deputy District Attorney in Tulare
County located in Central California. Mr. Kaye left the
public sector and established a private practice limited to
Family Law and Criminal Law, with an emphasis on trial
work. For thirteen years Mr. Kaye was Of Counsel with the
Law Offices of Myles L. Berman and represented clients at
trial. Mr. Kaye also was trial counsel for the Law Offices of
Eugene Ellis for nearly a decade. Mr. Kaye has been active
in the legal community and served four years as Co-Chairman
of the Criminal Section of the San Diego North County
Bar Association. Mr. Kaye has represented more than
4,000 criminal clients and has personally tried more than
250 jury trials throughout every County in Southern
California. He was routinely retained by other law firms to
represent their clients at trial.