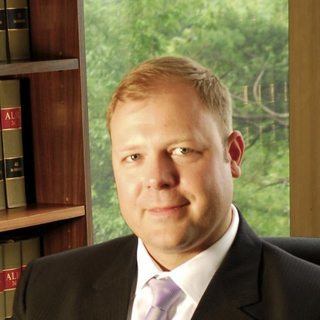 David was born and raised in Baltimore. He attended Calvert Hall College High School and Graduated from Towson University with a B.A. in International Studies. After spending over 5 years as a Securities Analyst for a Fortune 500 Financial Firm, he attended the University of Baltimore School of Law. During law school David was a student attorney for three semesters with the University's Family Law Clinic. There, he argued cases for economically disadvantaged clients in the District Court, Circuit Court, and the Court of Special Appeals. David also participated in a campaign to reform Maryland's Domestic Violence laws, and was part of a delegation that testified before the General Assembly to change those laws. During his time in law school, David also interned for the Honorable Wanda Keyes Heard at the Circuit Court for Baltimore City and for a Towson Firm, Warnken, LLC.

After graduating with a Juris Doctor from Law School, David was selected to clerk for Special Master Andrea F. Kelly at the Circuit Court for Baltimore City, Family Law Division. After his clerkship, he was recruited by his former law school professor Byron L. Warnken to be attorney-in-charge of Warnken, LLC's Family Law and Worker's Compensation Practices.

In 2010, David decided to pursue his dream of opening his own law firm. He believed that in starting his own law practice, he could more effectively represent his client's varied legal needs. Today David focuses on Family Law, Worker's Compensation Claims, Criminal Law, Estate Planning, Law Enforcement Officer's Bill of Rights (LEOBR), and general civil matters. David is "of counsel" to Warnken, LLC and supports the Maryland Troopers Association in that capacity. David continues to be active in his local bar association, the Maryland State Bar Association, the Maryland Association for Justice, and he is active in his local community organization. Best Interest Attorney for Children, Child Access Mediation Certification.