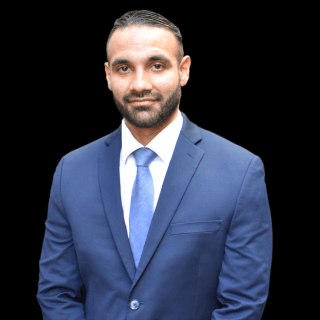 Danish Shahbaz is the son of a Mexican mother and a Pakistani father. Being raised in an immigrant household exposed him to the plight of the immigrant in the United States. “Getting your papers” means a lot to immigrants. To be able to be the conduit by which an immigrant is able to have legal status and be able to live a more comfortable life gives him great satisfaction.

He currently represents clients in removal proceedings, before the Board of Immigration Appeals and in the 9th Circuit Court of Appeals.

Danish Shahbaz obtained his Bachelor’s in Arts from University of California, Irvine in 2007. He received his Juris Doctor from Southwestern Law School in 2012. He was also a founding partner of Sparks & Shahbaz, P.C. in 2014, then established Shahbaz Firm in 2018. Danish Shahbaz is fluent in both English and Spanish.