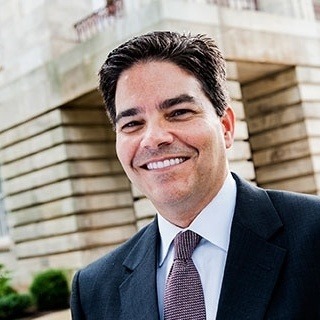 Marsha Comeau
A native of upstate New York, Dan Clark moved to Charlotte, North Carolina in 1979 and in 1985 graduated with honors from the University of North Carolina at Chapel Hill. He served first as a staff writer and then as an editorial board member on the North Carolina Law Review and upon graduation from UNC Law School in 1988 he joined Tharrington Smith.

Mr. Clark’s areas of practice include employment law, civil and business litigation, intellectual property law, and administrative law. He has counseled businesses and individuals, including legal, medical and other professional practices, individual executives, physicians, attorneys, scientists, engineers, academics, research and other professionals about employment relationships, non-competition and business management. He has represented various professionals before licensing boards and has represented employers and employees in employment discrimination and other employment matters in state and federal courts and before the Equal Employment Opportunity Commission, the Employment Security Commission and other administrative bodies. His practice involves drafting contracts for businesses and individuals, including employment and consulting agreements, license agreements, partnership agreements, purchase agreements, confidentiality agreements, and severance and release agreements. He also counsels businesses and individuals about trademark and copyright matters, representing them before the Patent and Trademark Office and in state and federal courts.