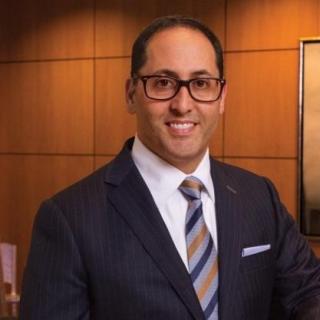 Daniel Kessler is the head of the firm’s litigation department and one of the firm’s founding partners. Mr. Kessler has litigated and tried a wide variety of business cases ranging from employment terminations to real estate development disputes to fraud and conspiracy to water rights. Mr. Kessler has secured multiple million-dollar jury verdicts for his clients, including significant punitive damage awards. Mr. Kessler has successfully defended clients before, during and at trial, including prevailing on several motions to dismiss the opposition’s case in its entirety, saving the expense of further trial. Mr. Kessler is a strong advocate for alternative dispute resolution, as well, participating both as an advocate, and a neutral mediator. Mr. Kessler has guest lectured on mediation at the Straus Institute for Dispute Resolution at Pepperdine University School of Law. Mr. Kessler has also served as an adjunct professor of law at Whittier Law School, teaching trade secrets. Mr. Kessler was born in New York City, but grew up in Los Angeles. Mr. Kessler received his B.A. in Political Science from the University of California at Berkeley in 1991. Mr. Kessler attended Whittier Law School in Los Angeles, California where he graduated magna cum laude and ranked fourth in the law school class. During law school, Mr. Kessler was the recipient of numerous honors, competed nationally on moot court and served as an editor of the school’s law review. Following law school, Mr. Kessler was clerk to the Honorable Kenneth R. Harkins of the United States Court of Federal Claims in Washington, D.C. Mr. Kessler has been a past board member for the Robert A. Banyard Inn of Court. Mr. Kessler is admitted to practice in all courts in California, and has appeared in courts across the nation. Mr. Kessler is AV rated by Martindale Hubbell’s peer review rating system, the highest ranking (5.0 out of 5.0) in legal ability and ethics.