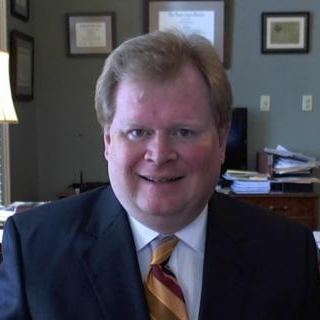 Daniel Woodring was born in Philadelphia, Pennsylvania, but has lived in Florida for the past twenty years. In Florida, he has lived and worked in Pensacola, Clearwater, Jacksonville, Gainesville and Tallahassee. His wife Jean, who is also an attorney, was born in Miami, and grew up in Ft. Myers. Daniel Woodring is a member of the Florida and Georgia Bars, and is admitted to practice before the Florida Federal Southern, Middle and Northern District Courts, the Eleventh Circuit Court of Appeals and the U.S. Supreme Court. He has worked at the trial level on cases in many of Florida's 20 judicial circuits, in addition to cases in state administrative tribunals, and has argued cases at the Florida Supreme Court and Florida District Courts of Appeal, and briefed cases at the U.S. Supreme Court. He graduated from the University of Florida, College of Law with a Juris Doctorate, Cum Laude, and received his B.A. degree from Clearwater Christian College, Summa Cum Laude. After law school, Mr. Woodring was in private practice doing general civil and appellate work. He then left for a two year appellate clerkship at the First District Court of Appeal. During his time at the court, he worked on cases including, but not limited to: criminal; family law; administrative law; workers' compensation; civil and constitutional law. Mr. Woodring next worked as a counsel in the Executive Office of the Governor, Office of the General Counsel. During his time in Governor Bush's Legal Office he had diverse responsibilities, including oversight and strategic litigation management of significant legal matters at numerous Governor's agencies, including the Department of Education; Department of Management Services; Department of Business and Professional Regulation; Department of Health; Agency for Health Care Administration; Department of Children and Families; Department of Community Affairs; Department of Elder affairs; Agency for Workforce Innovation; and others.

All Federal Districts in Florida