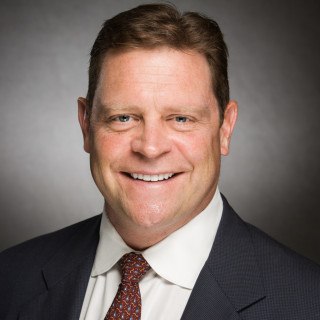 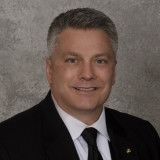 Dan's intellect is far and away superior to most attorneys that you will meet. But he does not let that get in the way of his passion to help people. When those two qualities are combined, you get a lawyer that is not only willing to fight for his clients, but one who is well-equipped to do so.
Read All Lawyer Reviews
Badges
Claimed Lawyer ProfileQ&ASocial Media
Biography

Dan is Board Certified in Personal Injury Trial Law by the Texas Board of Legal Specialization, as well as Board Certified in Civil Trial Law by the National Board of Trial Advocacy. He is an Associate Member of the American Board of Trial Advocates and a Graduate of Gerry Spence’s Trial Lawyer College. Dan possesses the highest rating (AV) from the legal consulting firm Martindale-Hubbell and has been recognized by Texas Monthly as a “Super Lawyer.” He is also listed in Best Lawyers in America and as National Trial Lawyers Association’s Top 100 Trial Lawyers. Dan graduated from the University of Iowa earning his B.B.A. with distinction and honors in Finance. He then acquired his J.D., with distinction, also from the University of Iowa. During his final year, Dan was Editor-in-Chief of the JOURNAL OF CORPORATION LAW.Upon graduation from law school, Dan served as a prosecutor and defense counsel in the U.S. Army Judge Advocate General’s Corps (JAG) at Ft. Hood, Texas. He then joined a large personal injury trial firm and served as its Chief of Litigation for 15 years. In 2013, Dan opened his own practice representing injury victims all over Texas. Dan has tried cases involving negligent security, commercial trucking collisions, product defects, highway design, medical malpractice, FTCA, premises liability, and car wrecks. Dan has also contributed substantial time to writing articles for local and national legal publications, speaking to groups on various legal topics, and serving as an Adjunct Professor at The University of Texas School of Law.

Chairman
Build-A-Dream
2016 - 2018
Provide advice and counsel as Chairman of the Board to a nonprofit charity started by my three children. The organization goes to children's hospitals and provides patients with free stuffed animals. The patients are allowed to pick from different animals and costumes that depict what the child wants to be when they get better and grow up. Over the last two years, Build A Dream has given a little joy to thousands of kids in need.

American Board of Trial Advocates
Associate Member
Current
Activities: Prestigious organization of trial lawyers selected for invitation by their peers.

National Board of Trial Advocacy
Civil Trial Attorney
Current
Activities: Organization of trial lawyers who have passed a set of stringent admission requirements.

Texas Board of Legal Specialization
Personal Injury Trial Specialist
Current
Activities: Organization that credentials Texas lawyers who pass a written test and have tried a certain number of cases in their specialty.

Million Dollar Advocates Club
Member
Current
Activities: Organization of lawyers who have recovered over a million dollars on a single case, through settlement or verdict.

Multi-Million Dollar Advocates Club
Member
Current
Activities: Organization of lawyers who have recovered over two million dollars on a single case, through settlement or verdict.

Proof of the Road Hazard Case

There I Was, Surrounded by the Enemy
American Association of Justice
July, 2008

In the Eyes of the Beholder
American Association of Justice
February, 2007

The Client Who Needed Me Most, American Association of Justice
April, 2005

Select the Right Jury for Your Case
TRIAL magazine
April, 2004

When Pole in the Right of Way are Wrong, American Association of Justice
TRIAL magazine
April, 2003

Winning Critical Evidentiary Battles with Trial Briefs
October 4, 2018
Texas Trial Lawyers Association
On October 4, 2018, attorney Dan Christensen gave a presentation to other lawyers and judges about “Winning Critical Evidentiary Battles with Trial Briefs”. This was the fifth time Dan has spoken for the Texas Trial Lawyers Associations (TTLA) this year alone as a subject matter expert helping guide other trial lawyers on recent developments in the law and ways they can improve their results at trial.

DC Law takes pride in representing victims of negligence and treating them as family. We offer high quality service in every case that we work on. Contact us today at...

Q. I need to know who to talk to about me working at a job site and hitting a electrical power line it exploded in my face
August 4, 2021
A: While I can't comment specifically on your situation without knowing more, in general, it is the employer's responsibility to ensure that employees are protected from such known hazards on a job site. You should be compensated for your injuries and other damages like lost wages when you are injured while working for your employer. Happy to discuss the situation with you if you would like.

Q. Can I sue a former employer for a work-related accident that I was unjustly terminated & no letter of termination.
May 13, 2021
A: It is important for you to contact a board-certified personal injury trial lawyer immediately. You may have a claim, but it is hard to know for sure with the facts provided. I would need to know more about how you were hurt, your injuries and would want to confirm your employer is not a subscriber to worker’s compensation.

Q. What can be done in this situation?
April 29, 2021
A: Yes, the employee has a claim against his boss, assuming his boss is not a subscriber to worker’s compensation insurance. The person should contact a Board Certified Personal Injury Attorney as soon as possible for a free consultation.