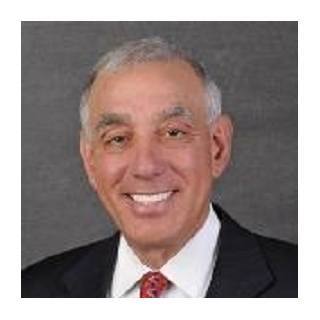 Update your profile now!Let our experience work for you!
Review This Lawyer
Compare Save
Badges
Social Media
Biography

Daniel C. Minc is a Member and Partner of the prominent New York City law firm of Rosenberg, Minc, Falkoff & Wolff, LLP. Mr. Minc holds a Bachelor’s Degree from Hofstra University, a Master of Arts Degree in Economics from the State University of New York at Stony Brook and a Juris Doctor Degree from Seton Hall University School of Law, graduating in 1977. Upon graduation in 1977, he joined one of the oldest and highly regarded personal injury and medical malpractice firms in New York City, where he has remained since that date, becoming a partner in 1985. Throughout his career he has represented the most seriously injured victims of personal injury and medical malpractice in our region. He has been a member of the New York State Trial Lawyers Association for over twenty years. His accomplishments include an impressive stream of multi-million dollar verdicts and settlements totaling far in excess of five hundred million dollars to date. These verdicts and settlements are highlighted by a $15 Million dollar jury verdict against one of the largest hospitals in Manhattan. He has been featured in many national newspapers and magazines, including Newsweek’s “2012 Leaders in Personal Injury.” Mr. Minc has appeared on television regarding many of his clients’ cases and his accomplishments on their behalf. He has been selected as a national SuperLawyer and recently received a 5 year recognition award from Martindale-Hubbell for “Very High Legal Ability.” Mr. Minc has also taught several trial technique courses to the bar association attended by judges and attorneys. Other recent verdicts and settlements include a $3.1 Million malpractice verdict; a $5.4 Million negotiated settlement on behalf of an accident victim and numerous other verdicts and settlements covering a broad range of claims from airplane disasters to construction accidents, auto accidents and medical malpractice claims.

Rosenberg, Minc, Falkoff & Wolff, LLP is one of the oldest personal injury law firms in New York. We know how the laws have progressed. We know the judges and...

We are a personal injury law firm in New York City. We take the stress away from our clients after an injury leaves them in a tough situation. It is...

Rosenberg, Minc, Falkoff & Wolff, LLP is a personal injury law firm in New York City. Our clients trust us to fight for the compensation they are owed after an...

A New York personal injury lawyer at Rosenberg, Minc, Falkoff & Wolff, LLP can answer all of your personal injury and medical malpractice questions, including: How do I obtain a...