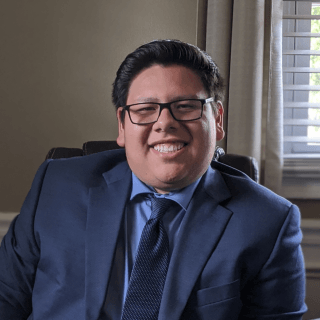 Herrera attended The Catholic University of America in Washington D.C. and graduated with a degree in Political Science and Philosophy from 2011 to 2015. During his time in Washington, Herrera worked in the U.S. House of Representatives for Congressman Robert Turner of New York’s 9th Congressional District and served the people of New York during Hurricane Sandy. Herrera also worked from Congressman Matt Salmon of Arizona’s 5th Congressional District.

After working in Congress, Herrera moved to Charlotte, North Carolina to pursue a Juris Doctorate degree with the intention of practicing federal taxation law. In 2017, Herrera ran for the Charlotte City Council as a Republican to serve as the representative for Charlotte’s 3rd District and was defeated. After this election, Herrera served as a campaign representative for Congressman Robert Pittenger of North Carolina’s 9th Congressional District.

In 2018, Herrera moved to Knoxville, Tennesee to finish his Juris Doctorate degree at the Lincoln Memorial University - Duncan School of Law. Since moving to Knoxville, Herrera has served as a campaign representative for Congressman Tim Burchett and is known as a community activist in Knox County for his monthly “Small Business Saturday” events.

Herrera frequently appears on WBIR’s Inside Tennessee, Talk Radio 92.3fm, and other media outlets. He is an outspoken attorney who supports small businesses and aims to boost the local economies around Tennessee.

Tennessee
Board of Professional Responsibility of the Supreme Court of Tennessee
ID Number: 038090
Since 2020

Q. If Tennessee department of chikd services violated numerous of my civil rights and removed my children
May 4, 2020
A: I've very sorry about your situation. You need to contact a local family law attorney in your area. Try to find one that offers a free consultation and they should get back to you with a better response.