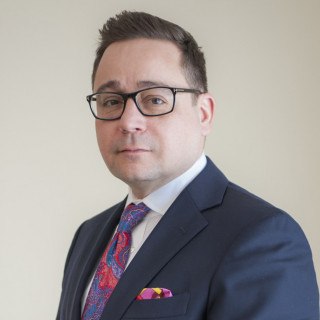 Attorney Dagoberto J. Rodriguez is the founder and owner of Rodriguez Law Firm. He is licensed to practice law in the state courts of the Commonwealth of Virginia, the Eastern District Court of Virginia and the District of Columbia. Mr. Rodriguez is a member of the Virginia State Bar, the District of Columbia Bar and the Virginia Trial Lawyers Association. Furthermore, Attorney Rodriguez has been selected by the National Trial Lawyers Association as a Top 100 Lawyer in Virginia and has been awarded the prize of Top 40 under 40.

Mr. Rodriguez, was born in Caracas, Venezuela. He attended Universidad Santa Maria, Escuela de Derecho in Caracas Venezuela where he graduated with a Lawyer’s degree. He moved to the United States in October of 2001. He received his Juris Doctor from the University of Kansas School of Law and his Master of Laws in International Business from American University.

Following his graduation from law school, Mr. Rodriguez worked for a law firm providing representation to individuals charged with traffic and criminal offenses in the Northern Virginia area. He was also tasked with providing counsel and representation to clients injured because of someone else’s negligence. After effective representation of his clients, he decided to open his own firm. The Rodriguez Law Firm was founded and has since then gained a reputation of success.