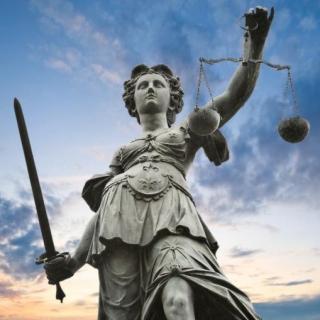 When you are need the services of a quality Attorney and you are looking for personal attention, you need to talk to Craig Kozan. When you first visit, you will find him very attentive and detail oriented. His advice is always crystal clear. You never leave his office unsure about what the goals are and how they will be achieved.

On your behalf, he can be as hard nosed as any Attorney. His record demonstrates that. But just as important, he is a good negotiator and will not let emotions cloud the environment.

For me he has handled Wills, Refinancing and Real Estate Closings. I have referred my clients to him for advice on a wide range of issues including Credit Remediation, Bankruptcy and Employment Issues.

He is also a man that gives back to the community, sponsoring sports teams and contributing to numerous local philanthropic causes.


Craig exposes professional determination as he aspires and attains success in those maters that he advocates for in the field of law. I have had the unique opportunity to see his creative legal enthusiasm result in very advantageous results for his clients.


I have known Craig Kozan since high school. He is the consummate professional - cogent, able to express himself clearly and thoughtfully, while always thoroughly prepared for whatever situation is presented. Craig's sense of humor and strong background serve as his foundation for his daily challenges. In the past, I worked with him on both individual and team projects - he is equally strong in either setting. Craig has my highest endorsement and recommendation.

Craig is a rare combination of diligent and talented, and he approaches his work with great focus and integrity. He also has a terrific sense of humor, which makes him invaluable as a colleague. I regret that I do not have more opportunities to work with him.

I have known Mr. Kozan for over twenty years. I have observed him to be intelligent, dedicated, and extremely resourceful. In the practice of law, perhaps the most important quality a lawyer can demonstrate is to care about each and every client. I believe Craig is that type of lawyer and I recommend him without reservation.

Mr. Kozan won my husband 1.3 million dollars in a lawsuit which no other lawyer would take. In fact, they all said that this case was impossible to win. Mr. Kozan sued my husband's employer for exposing him to toxic chemicals on the job. You can read about the case at www.jpartyka.com/njl-dailybriefing/DB1-31-2005.htm or at www.mercuryexposure.org/index.php?article_id=297. Mr. Kozan explained to us that the case would be very difficult and would take a long time to resolve. He told us exactly what to expect, at every step of the way, and prepared us for everything that happened. He did what everyone said could not be done, and surpassed our highest expectations. I would recommend to everyone that they place their full trust in Mr. Kozan for any legal issue they may have.

This lawyer won on summary judgment, in a class action lawsuit alleging an entitlement to 14 million dollars-- meaning that the case never even had to go to trial. Not only that, but this case centered upon complicated issues involving the "demutualization" of the Prudential Insurance Company, "conversion" of funds, and whether or not retirees can sue their former Unions for actions which are taken after they retire. Mr. Kozan showed a mastery of these issues-- involving contract, labor, and insurance law to which most other lawyers have never even been exposed. Mr. Kozan personally and single-handledly undertook an exhaustive amount of investigation-- including multiple depositions, etc. to bring facts to light which supported his position as to these legal issues. Mr. Kozan argued all these issues before the Court brilliantly, and in the most persuasive manner possible.

Craig Kozan, Esq., has been admitted to the bars of New York, New Jersey, and the U.S. Military Court of Appeals, since 1988, 1989, and 1991 respectively. After serving a one-year judicial clerkship with the Superior Court of New Jersey, Mr. Kozan concentrated in the fields of Workers Compensation and employment law as an attorney in private practice from 1989 to 1992. Mr. Kozan then served as a Deputy Attorney General of the State of New Jersey from 1992 to 1997, defending claims against the State in the areas of both negligence and Workers' Compensation. From 1997 to 2000, Mr. Kozan served as Staff Counsel for the Travelers Insurance Company, at their offices located in East Hanover, New Jersey. He is now a Member of the Firm of Witham & Kozan, P.A.

U.S. Court of Appeals for the Armed Forces
Since 1991