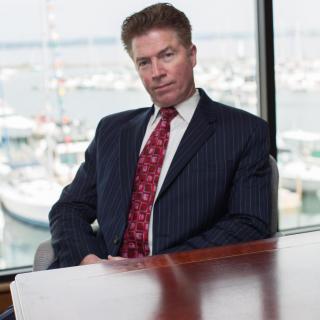 Are you Christopher? Claim your profile to update.
Review This Lawyer
Compare Save
Biography

Chris Cooke has been a licensed attorney in the State of Michigan for 33 years. He began his career as an Assistant Prosecutor in Kalamazoo, Michigan where he tried over 100 misdemeanor jury trials and more than 60 felony jury trials. He later entered the private practice of law where he worked in the insurance defense field conducting numerous arson and fraud investigations. He also developed a strong subrogation practice and expanded his defense knowledge into the liability field.

In 1995, Mr. Cooke assisted in establishing the first Michigan litigation office for Citizens Insurance. He organized the property defense and subrogation departments at the company in Michigan and trained attorneys for the Company on a national level.

In 2000, Mr. Cooke came north to lead the Traverse City office of a large, Livonia based firm specializing in municipal defense. In this capacity, he represented municipal and governmental employees in complex state and Federal lawsuits. Mr. Cooke also negotiated complex contracts, reviewed and pursued land use permitting, developed employment policies and protocols and consulted on the interpretation of complex state and Federal codes.

Mr. Cooke’s practice in Traverse City expanded to include the representation of private clients in estate planning, business formation, employment matters, family law, trademark and trade dress, criminal defense, negligence, slip and fall, auto accidents and negligence law. Mr. Cooke was appointed by Governor Snyder to represent Northern Michigan on the Mental Health Diversion Council where he assists in analyzing policy and formulating new law on the diversion of the mentally ill from the conventional jail system.