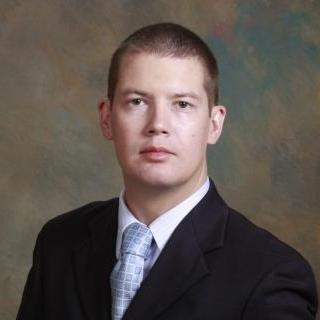 Attorney Christopher C. Pennington is an associate with Alvarez, Winthrop, Thompson & Storey, P.A.. He practices in the areas of residential foreclosure actions on behalf of lenders and first-party insurance defense litigation.
Mr. Pennington has practiced in litigation for ten years. He began his career as an Assistant Public Defender for the Ninth Judicial Circuit of Florida in Osceola and Orange Counties. During his tenure as an A.P.D., Mr. Pennington was lead counsel in over forty jury trials with a winning trial record. Mr. Pennington defended criminal cases ranging from misdemeanors to felonies that were punishable by life in prison.
After his term in the public sector, Mr. Pennington went on to private practice, where he was lead chair in over fifty contested jury and bench trials in civil matters with positive results. For the past four years, Mr. Pennington prosecuted residential mortgage foreclosures on behalf of major national and international financial institutions. Mr. Pennington has litigated cases throughout the state of Florida including the counties of: Jackson, Leon, Jefferson, Madison, Suwannee, Columbia, Baker, Nassau, Duval, Clay, Bradford, St. John’s, Putnam, Flagler, Alachua, Marion, Volusia, Pasco, Lake, Seminole, Orange, Osceola, Brevard, Polk, Manatee, Pinellas, Sarasota, St. Lucie, Palm Beach, and Broward Counties.
Mr. Pennington decided to pursue a career in law early in life, as he was a state-circuit champion debater by his sophomore year in high school. Mr. Pennington graduated from the University of Central Florida with a Bachelor of Arts in Political Science (pre-law track), cum laude, in 2003. Mr. Pennington obtained his Juris Doctor in law from St. John’s University School of Law in Queens, New York in 2006. While in law school, Mr. Pennington was a member of the trial team and Delta Theta Phi.
Mr. Pennington has been licensed to practice law in the State of New York and the State of Florida for ten years.

Associate Attorney
Dorough, Calzada & Soto, LLP
2010 - 2010
While working at this law firm, I focused primarily on foreclosure defense cases and representing clients are foreclosure defense mediations. In addition, I handled other real estate matters such as landlord-tenant disputes. I also continued to represent clients accused of crimes.

Law Clerk
The Law Office of Jeffrey S. Schwartz
2005 - 2006
(There were breaks regarding the dates described above when I was attending law school full time.) At Mr. Schwartz's Office, I worked on matters involving civil litigation. I assisted Mr. Schwartz in a federal appeal regarding interpretation of a Limited Liability Company (LLC) Agreement.