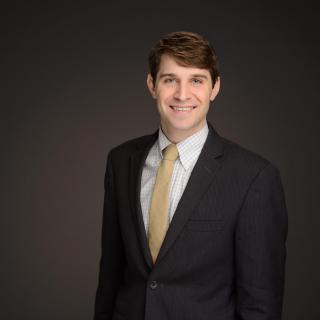 Are you Christopher? Claim your profile to update. Grand Law Firm
Review This Lawyer
Compare Save
Badges
Social Media
Biography

Christopher A. Sisk, a native of New Orleans, joined the Grand Law Firm in 2015. He is a 2009 graduate of Louisiana State University, where he studied Political Science. He then moved to New Orleans and attended the Loyola University New Orleans School of Law, where he received a Juris Doctor in 2012. While at Loyola Law, Chris was an active volunteer with youth tutoring programs throughout the New Orleans area. Additionally, Chris was an active participant in numerous school organizations, including the student government. Prior to joining the Grand Law Firm, Chris represented clients in Chapter 7 and Chapter 13 bankruptcies, primarily in the Western District of Louisiana. In his time away from work, Chris enjoys spending time with friends, family, and his dog, Jackson. Additionally, he is an avid supporter of the New Orleans Pelicans. Chris is admitted to practice in all Louisiana State and Federal District courts. He is currently a member of the Louisiana State Bar Association as well as the Baton Rouge Bar Association.