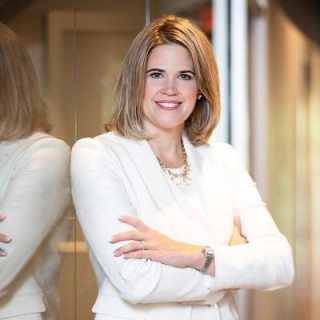 Christine Benedum is the founder of Benedum Law, a personal injury law firm serving clients in Chestnut Hill, Mount Airy, Germantown, Wyndmoor, Cheltenham, Glenside, Flourtown, and the greater Philadelphia area. Having worked for several large law firms in Philadelphia, Ms. Benedum is proud to open her own practice dedicated to serving the people with honesty, authenticity and a commitment to excellence.

Ms. Benedum’s first role in the legal field was serving as Law Clerk to the Honorable C. Theodore Fritsch, Jr. of the Bucks County Court of Common Pleas. She assisted his Honor in writing opinions which were described by the Pennsylvania appellate courts as “comprehensive and well-reasoned,” “thoughtful and well-written,” “thoroughly and correctly analyzed,” and “sound and logical.”

She then entered private practice and worked for several large Philadelphia civil defense law firms. She became one of the youngest attorneys at the defense firm to try a personal injury case to verdict as sole defense counsel. She quickly rose through the defense firm ranks, becoming a defense firm’s first female partner.

Having gained the experience in working for insurance companies, businesses and civil defendants, she turned exclusively to Plaintiffs work, representing injured victims. Christine Benedum has been recognized as a Rising Star by Pennsylvania Super Lawyers, and she has been further selected to the Rue Ratings’ Best Attorneys in America. She has litigated cases which resulted in more than $20 million in settlements. She has also obtained OSHA 10 Certification to enhance her ability to represent construction workers and others injured due to unsafe and hazardous workplaces.