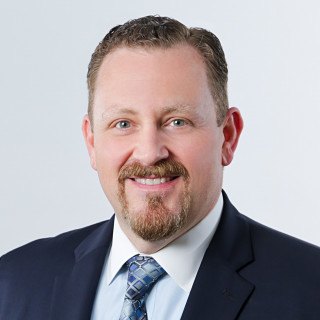 Mr. McOmber is a third generation attorney and a lifelong resident of Monmouth County. He earned a Bachelor of Science Degree from Cornell University's College of Architecture, Art, and Planning where he majored in City and Regional Planning. Following graduation, Mr. McOmber served as the general manager of Mardem Manufacturing Company, A Division of Seton Associates, Inc. ("Mardem"). Mardem manufactures turnkey filling and packaging systems for companies such as Benjamin Moore & Co., The Sherwin Williams Co., RPM International, Inc., The Sun Chemical Group, Castrol Industrial, and Total Lubricants. Following Mr. McOmber's successful reorganization of Mardem, he was promoted to president and acquired an equity interest in the company. In 2006, he sold Mardem to a competing firm and pursued his life-long aspiration to become an attorney with McOmber & McOmber, P.C.

Mr. McOmber earned a Juris Doctor degree, Magna Cum Laude, from Seton Hall University School of Law in Newark, New Jersey. He graduated 9th in his class of 318 students and attained a final grade point average of 4.0. At Seton Hall, Mr. McOmber was awarded the 2010 Commercial Law League of America's Excellence in Commercial Law Award. Mr. McOmber was also inducted into the Order of the Coif, a national legal honor society. As a law student, he participated in an Advanced Arbitration Clinic and successfully arbitrated a number of cases before the New Jersey Division of Consumer Affairs, Alternative Dispute Resolution Unit ("DCA"). Based on his arbitration advocacy, Mr. McOmber was invited to serve as a volunteer arbitrator for the DCA, where he currently arbitrates three to four cases per month.

Mr. McOmber is married and has three children. His wife, Kelly, serves as an educator with Long Branch City Public Schools. Mr. McOmber is an avid boater and a member of the Shrewsbury River Yacht Club.

McOmber and McOmber, P.C. was started in 1974 by Richard D. McOmber, Esq. and Adrienne H. McOmber, Esq. It has grown over the years and provides cutting-edge and cost-effective...