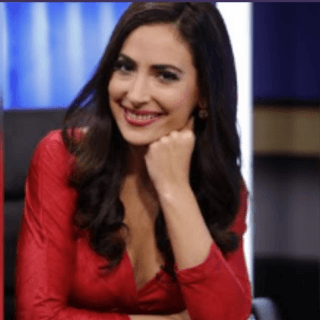 Law Offices of Carissa Kranz, PA
Review This Lawyer
Compare Save
Client Reviews
Reviewed by James Price January 24, 2020
Extraordinary attorney and representation
Premises Liability Client Review for Ms. Carissa Ashley Kranz | January 24, 2020 Carissa is an extraordinary attorney who provided me the best possible representation for my case. She really fought hard and was able to secure a very favorable settlement for me and was always available to me through the entire process. I couldn't be happier with the outcome. I will be forever grateful to her for what she was able to accomplish. She is a very compassionate and results driven attorney.
View More ›
Read All Client Reviews
Badges
Claimed Lawyer ProfileOffers Video ConferencingSocial MediaResponsive Law
Biography

Carissa is a former professional ballet dancer-turned lawyer who is licensed to practice law in New York, Washington D.C., and Florida. Aside from anchoring on the Law & Crime Network as a show host with Dan Abrams, you may have seen her on Nancy Grace, Dr. Drew, Fox News, CBS, CNN/HLN, NBC, Sirius radio and other major news media outlets as the Legal Expert.

Before founding her own INJURY law firm in order to be a caregiver for her ballet teacher-mentor, Carissa worked as a Prosecutor where she tried close to 100 cases, a litigation attorney at Greenberg Traurig, a law Clerk for the California Supreme Court, and legal counsel for a law clinic representing indigent clients, to name a few. Carissa now runs the Law Offices of Carissa Kranz, which is a law firm for injured clients. Carissa's law firm also runs BevVeg International, which focuses on vegan certification for products and is considered the stamp of approval for conscious companies by Forbes, California Wine Advisor, PETA, CBS news, NBC news, Social Life Magazine, LiveKindly, Vegetarian Resource Group, and the Minnesota Growler, Drinkhacker, Bartender magazine, among others.

Carissa was awarded: Super Lawyer; Top 40 Under 40 trial attorneys by ASLA; Super Lawyer "Rising Star"; Martindale-Hubbell legal leader award with an AV Preeminent rating score; the AVVO Client’s Choice Award with a superb 10.0 rating, Super Lawyer — Rising Star (2018 – Present), among other awards. After graduating from the University of Florida’s School of Journalism, summa cum laude, where she served as an anchor for an Emmy winning newscast, Carissa attended UC Berkley School of Law. In law school, Carissa was as an Editor of Law Review and awarded Best Oral Advocate. After law school, Carissa earned her master’s in Journalism from Northwestern University’s Medill School of Journalism, where she was the Bloomberg Scholar and a Capitol Hill correspondent.

Carissa is inspired by compassionate solutions and justice.

Carissa takes in ailing ballet teacher from nursing home and cares for her as Alzheimers takes her life. Carissa began her law injury law firm during this journey.

Law of the Label Vegan Certification

Carissa Kranz with Nancy Grace and Dr. Drew of CNN/HLN