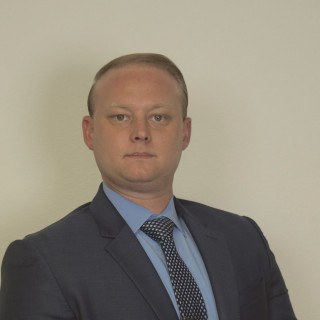 Law Office of Bryan J. McCarthy
Review This Lawyer
Compare Save
Client Reviews
Karen C. June 25, 2022
Bryan McCarthy provided excellent legal services. I found Bryan McCarthy to be very professional. He was a good listener and quick to understand my legal problem with an automobile accident. He resolved the issue so that the charge against me was dismissed, and there were no points assessed to my driving record; I also paid no civil penalty or fee.
View More
Read All Client Reviews
Badges
Claimed Lawyer ProfileSocial Media
Biography

Bryan McCarthy is an attorney who is dedicated to helping those accused of misdemeanor and felony criminal offenses throughout Central Florida. He has worked as an attorney in private practice and as a public defender, allowing him to represent hundreds of people in complex criminal cases with confidence.

Bryan earned his bachelor's degree in accounting from Florida State University in 2007 and his juris doctor at Syracuse University College of Law in New York in 2010. Soon after, he began working as an associate attorney at a local criminal defense firm.

During his tenure with the New York-based law office, Bryan wrote appeals, handled misdemeanor and felony cases, conducted all client consultations and represented clients throughout New York. In 2011, Bryan returned to his home state and became a public defender at the Office for the 18th Judicial Circuit in Brevard County, handling both misdemeanor and felony cases.

After leaving the public defender's office, Bryan returned to private practice in 2015, and now has his own practice, The Law Offices of Bryan J. McCarthy, P.A. He remains dedicated to criminal defense and continues to be involved in the local legal community as a member of different organizations and associations.