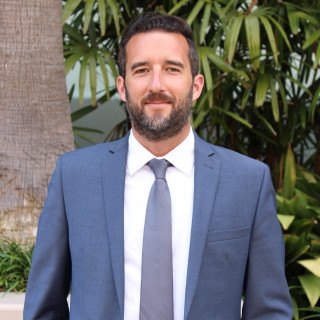 Brian received a Bachelor of Science in Sociology from the University of Oregon in Eugene, Oregon. Within Sociology he graduated with areas of concentration in "Crime and Delinquency"? and "Politics and Social Movements."? After his undergraduate work, Brian attended law school at Thomas Jefferson School of Law in San Diego, California. During law school he received the Jefferson Medal and Witkin Award for receiving the top grades in each of the following classes: criminal law, civil procedure, trial practice, California evidence, and legal writing.

During his last year of law school in 2007, he received a Pro-Bono Honors Award for volunteering more than 300 hours of legal service to help defend indigent criminal defendants in multiple first-degree murder cases.

After graduating law school, Brian spent two years working for other attorneys before deciding to open his own practice in February of 2010. As an attorney he has appeared in California State and Federal Courts thousands of times on multiple Criminal Defense, Bankruptcy, Personal Injury and Family Law cases.

Brian has been the solo counsel in multiple jury trials including life-in-prison felony cases. He has also argued multiple times before the court of appeals. In 2011, Brian began working as an expert legal correspondent on radio programs on KCBQ 1170 AM and KPRZ 1210 AM. I was interviewed in regards to multiple high profile cases, including the Casey Anthony Murder Trial and the Wal-Mart Class Action lawsuit.

In 2015, Brian accepted a position as in-house counsel for Mercury Insurance Company. He was defense counsel on 65-70 active civil litigation files at a time and has been solo defense counsel in many jury trials resulting in defense verdicts.

In 2017, Brian accepted a part-time position as an adjunct professor of law teaching Legal Writing II at Thomas Jefferson School of Law.