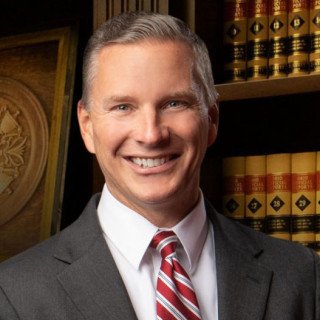 Brian G. Miller is the president and founder of Brian G. Miller Co. As a civil litigator, Mr. Miller focuses on plaintiffs’ personal injury cases including negligence claims, automobile, truck and motorcycle accidents, workplace injuries, wrongful deaths, premises liability cases, and other personal injury claims. He places an emphasis on diligent investigation of claims combined with an academic approach for the most effective legal representation for each individual client. He is an accomplished trial lawyer, having started his career as an assistant prosecuting attorney with the Franklin County prosecutor’s office, and having secured numerous successful civil verdicts on behalf of his clients, including a record $34.3 million award in a catastrophic brain injury case against a major electric utility company in Union County. Highly regarded by his colleagues, he has received multiple honors and recognitions at both the state and national levels. Mr. Miller is a Phi Beta Kappa and Summa Cum Laude graduate of The Ohio State University and The Ohio State Moritz College of Law. Born and raised in New Jersey, he is now a long-time resident of Columbus, Franklin County, Ohio where he lives with his wife and three children. He is involved in his community, and professionally with the leadership of the state trial lawyer’s organization, the Ohio Association for Justice, as well as other professional organizations. Above all us, he prides himself on his hands-on, personal approach and direct, consistent interaction with his clients. Get Free consultation with Columbus Personal Injury Lawyer.