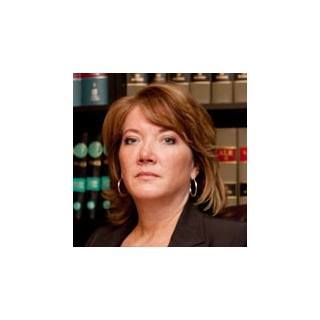 Beth "Alyse" Ferguson is a firm advocate for individuals accused of sexual abuse and other crimes in Texas with a particular focus on child sexual abuse cases. As a Texas sex crimes defense attorney and partner at Stuckle & Ferguson, Alyse Ferguson works diligently to make sure her clients have a fair chance at redeeming themselves from the accused charges. Alyse has a unique background of helping individuals through difficult situations, making her an ideal candidate for dealing with such serious legal practice areas surrounding child and adult sex crime cases.

Alyse Ferguson has extensive experience as a probations officer. She began her career path as a police officer, but her calling for giving individuals a fresh start landed her a position as case manager at MHMR (Mental Health Mental Retardation) of the Concho Valley where she assisted residents in the MH program for seven years. In 2002, Alyse decided she wanted to further help individuals gain a fresh start by going to law school and becoming a criminal defense attorney.

After Alyse graduated from Texas Wesleyan University Law School in 2005 she became partner at Texas domestic violence and sexual abuse law firm, Stuckle & Ferguson. Ever since, Alyse has been working closely with her partner, Paul Stuckle, to defend Texas residents accused of sex crimes in Texas, ranging from Indecent exposure, date rape, juvenile sex crimes and other sexual offenses. Her diversified background and experience across many levels of social work, legal experience and law enforcement lend Alyse to making strong defenses for her clients in order to get them out of the accusations and move on with their lives without facing potentially life-changing repercussions of a conviction.

If you have been falsely accused of a sex crime or a child abuse crime in Texas and wish to speak with an attorney who truly believes in protecting the underdog with a strong voice, call (972) 423-4405 to schedule a free detailed consultation about your case. The attorneys at Stuckle & Ferguson want to give you the defense every person is entitled to, no matter how serious the crime.