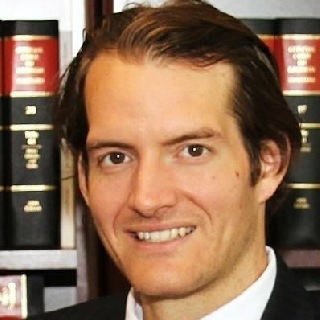 Benjamin Von Schuch has a relentless passion to seek justice and help others gain a second chance at life. He fights to protect the rights of men, women and minors accused of misdemeanor and/or felony crimes in and around Atlanta, GA.
As a compassionate criminal defense attorney and owner of an Atlanta based law firm, Benjamin Von Schuch aims to give each of his clients the means to a solid defense so they can move on with their lives without the repercussion of a criminal record.

Benjamin Von Schuch has made it his priority and mission to help others through their difficult times. He understands the hard work and preparation that it takes to successfully win a case at trial as well as demands beneficial results for his clients through tough negotiations.
His litigation skills draw upon an array of experience, both in prosecution and criminal defense. Benjamin Von Schuch started his career fighting for victims as a prosecutor in the Douglas County District Attorney’s Office. He now brings that insight and perspective to fight for those that have been injured, wronged, or charged with a crime.
This dynamic background lends Benjamin Von Schuch to have the knowledge needed to uncover every possible detail that may make a valuable difference in his client’s cases. He has become a strong advocate for the protection of individuals accused of crimes.

Benjamin Von Schuch handles all types of criminal defense cases including theft crimes, DUI, drug/narcotics cases, assault and other criminal charges. He is confident whether defending a client for a misdemeanor marijuana charge or more serious cases such as arson or manslaughter.
If you have been charged with a crime in or around Atlanta, Georgia and would like to discuss your case with Benjamin Von Schuch during a free detailed consolation, call (678) 948-7811. Time can work for or against a person when dealing with the legal system.

By calling immediately, you can help ensure your rights are protected by giving your attorney more to build a stronger case. Benjamin Von Schuch will do whatever necessary to see that you have been afforded every legal resource available to you. Call or visit the website to learn more about how to defend yourself against a criminal charge.