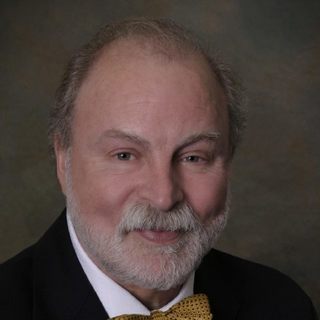 B.R. Hicks, PC
Review This Lawyer
Compare Save
Client Reviews
R. Perry October 10, 2019
Fantastic Lawyer Mr. Hick's "Bill" represented me in a criminal matter in Pr. Wm. County on a charge of assault and battery on a female that was total baloney. However you can get convicted of baloney in Virginia. Bill said "lets have a jury trial and I agreed". In about one hour, Bill took this female apart on the witness stand as well as the prosecution and every one in the courtroom knew (including the jury) that she was absolutely full of it as well as herself. Forty-five minutes later the jury came back with a verdict of not-guilty. Bill not only IS a fantastic lawyer, he looks like one and dresses like one. In my opinion, if you seriously need a lawyer, you should get a serious one and that is Bill Hicks ! He will tell you what he thinks. He does not lie to you and hiss fees are fair.
View More
Read All Client Reviews
Badges
Claimed Lawyer ProfileSocial Media
Biography

Mr. Hicks has been practicing law for 39 years. He attended college on the GI Bill and worked his way through law school as a full-time policeman. After graduation, he served for two and one-half years as an Assistant Commonwealth’s Attorney. He went into private practice in 1979, but served as the part-time prosecutor for the City of Falls Church for about 18 years. His practice is limited to criminal law, including DWI/DUI, and personal injury law. He is AV-Preeminent Rated and has been for many years. He has been named to Super Lawyers. He has also been named to Top Virginia Lawyers by Northern Virginia Magazine, and, honored by Legal Leaders and The Legal Network. He has represented hundreds of people charged with everything from murder to DWI and routinely represents well over 100 people every year.